Two recent views from Japan's Akatsuki spacecraft show the clouds that top the atmosphere of the planet Venus. The image at left, which depicts the daytime sky, was shot in ultraviolet, while the one at right, in the infrared, shows the nighttime sky. Venus is covered by an unbroken cloud cover that hides its surface from view. The clouds are made mainly of sulfuric acid, and are blown around the planet by high-speed winds. The nighttime image shows a shield of thicker clouds above thinner clouds (orange). The thin spots show more heat radiating from the planet's surface, where temperatures are always about 865 degrees Fahrenheit. The bright crescent at the top of the night view is the planet's dayside, which is overexposed. [JAXA/ISIS/DARTS/Damia Bouic] 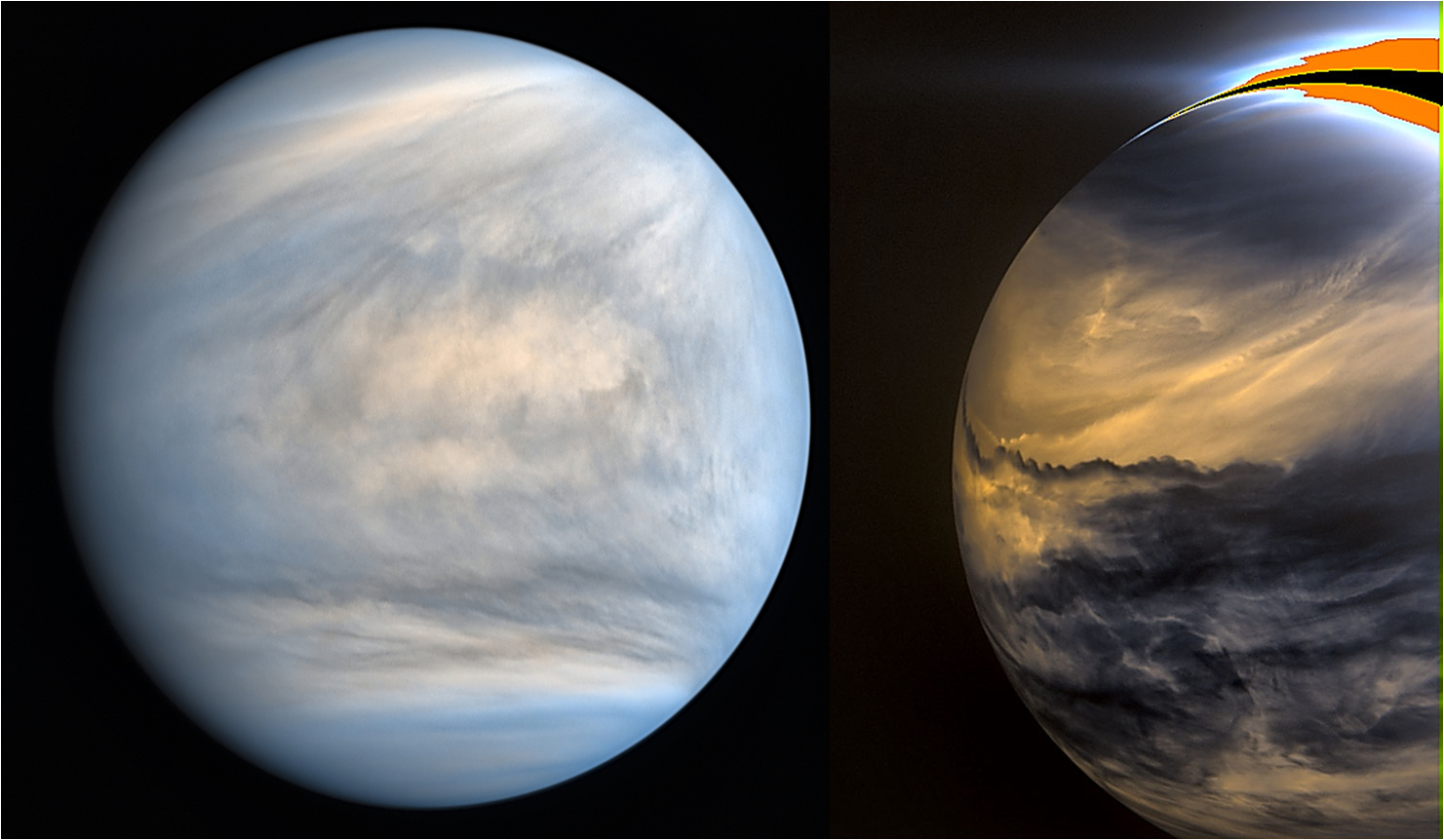