This Hubble Space Telescope image shows a portion of the Veil Nebula, formed by the expanding shock wave of an exploding star. The nebula is perhaps 2,500 light-years away, in Cygnus, the swan. It forms as the shock wave plows into cooler gas and dust expelled earlier in the star's life, causing the material to glow. The colors in this image are produced by the glow of different chemical elements. The massive star that created the supernova exploded about 8,000 years ago as seen from Earth, and would have shined brightly enough to see during the day. [NASA/ESA/Hubble Heritage Team]

Find out more in our radio program entitled
Veil Nebula 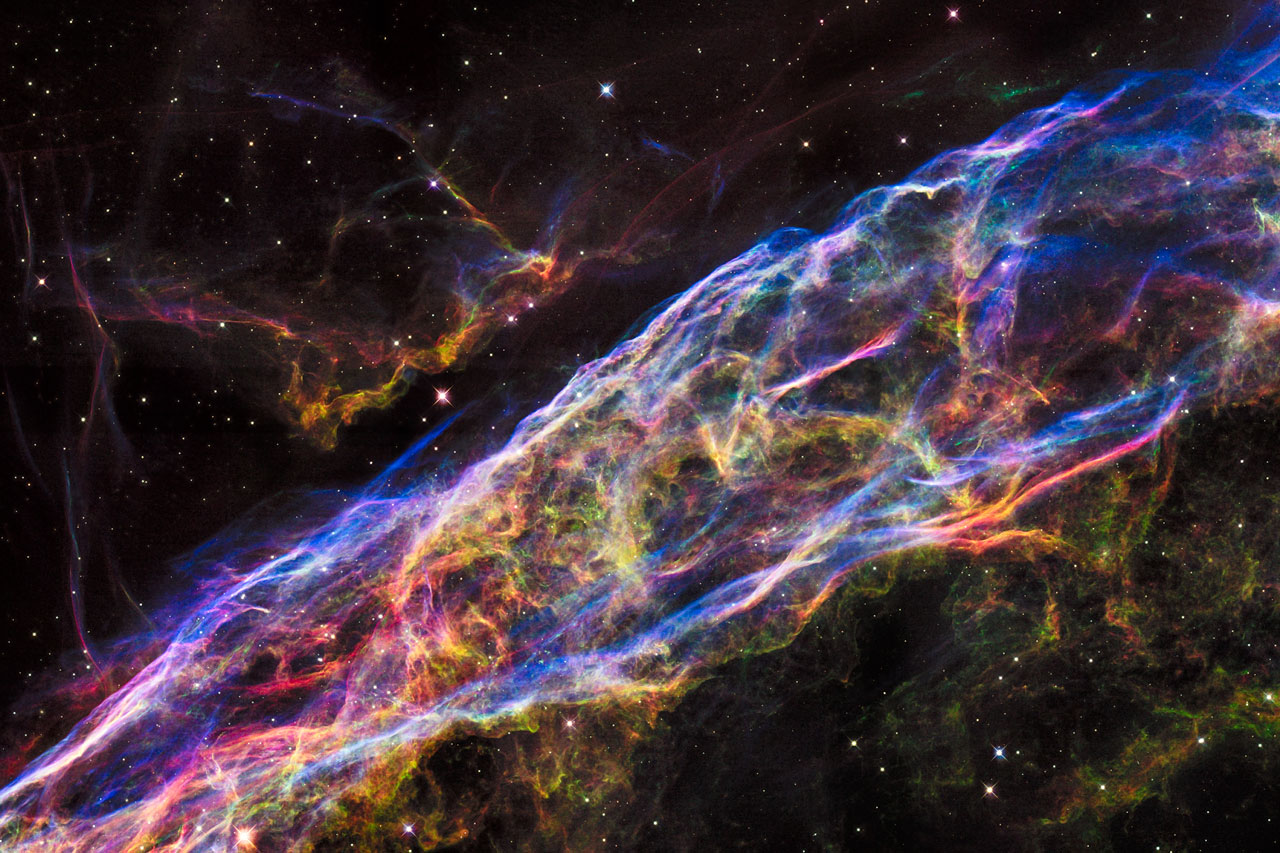