A star expels a mixture of chemical elements into space as it reaches the end of its life, including some that the star was born with and some that it manufactured. This image, for example, shows a bubble of gas and dust, known as Sh2-290, expelled by a star at its center. This expanding bubble, known as a planetary nebula, contains hydrogen (red), oxygen (blue), and sulfur (blue-green). The hydrogen was created in the Big Bang and incorporated into the star as it was born. The star created the other elements through nuclear fusion reactions in its core. Stars manufacture almost all of the chemical elements in the universe. [T.A. Rector (Univ. Alaska Anchorage)/H. Schweiker (WIYN/NOAO/AURA/NSF)]

Find out more in our radio program entitled
Making Elements 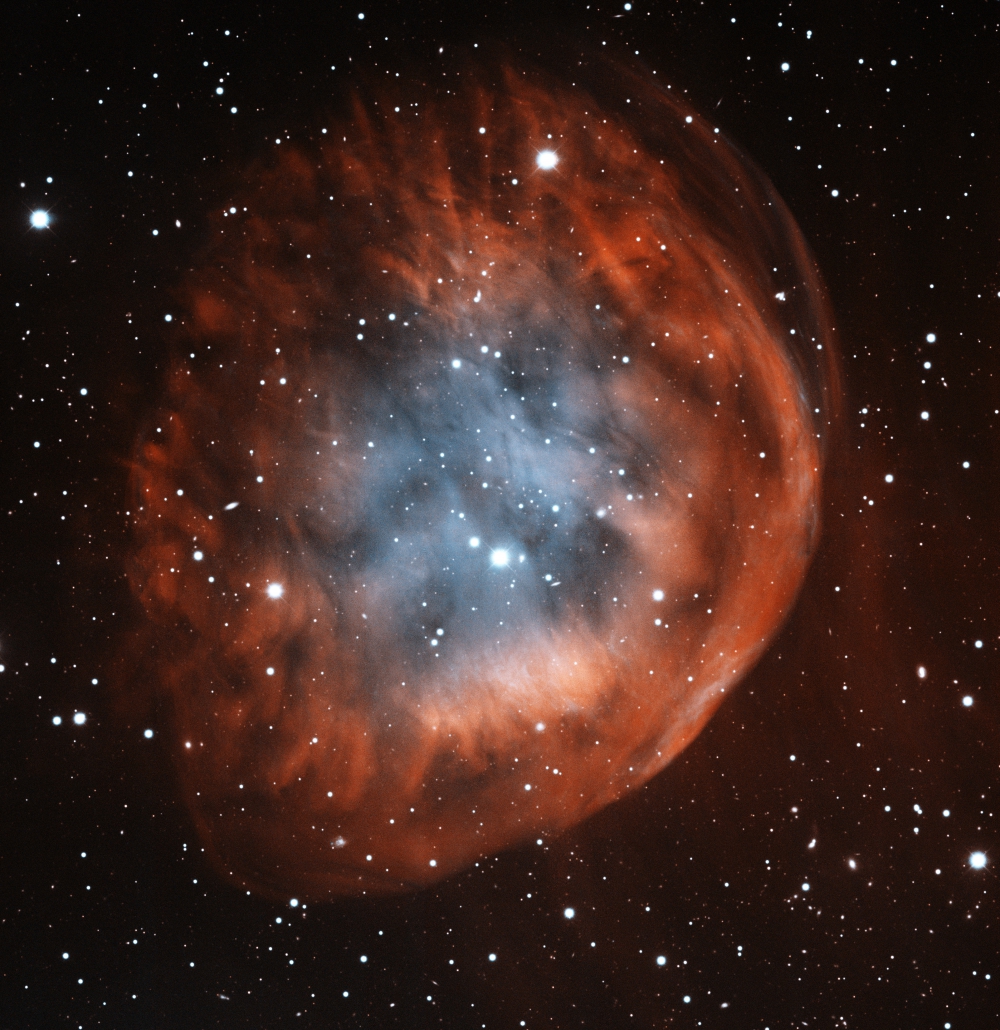