Scientists look for the most elusive particles in the universe in underground laboratories, such as this one adjacent to an old iron mine in northern Minnesota. The Soudan Laboratory is studying neutrinos with the hexagonal detector at left, which is more than two stories tall. A mural depicts the effort to solve some of the most important mysteries in physics. Detectors in an adjacent cavern are searching for particles of dark matter, which makes up about five-sixths of all matter. [Damond Benningfield] 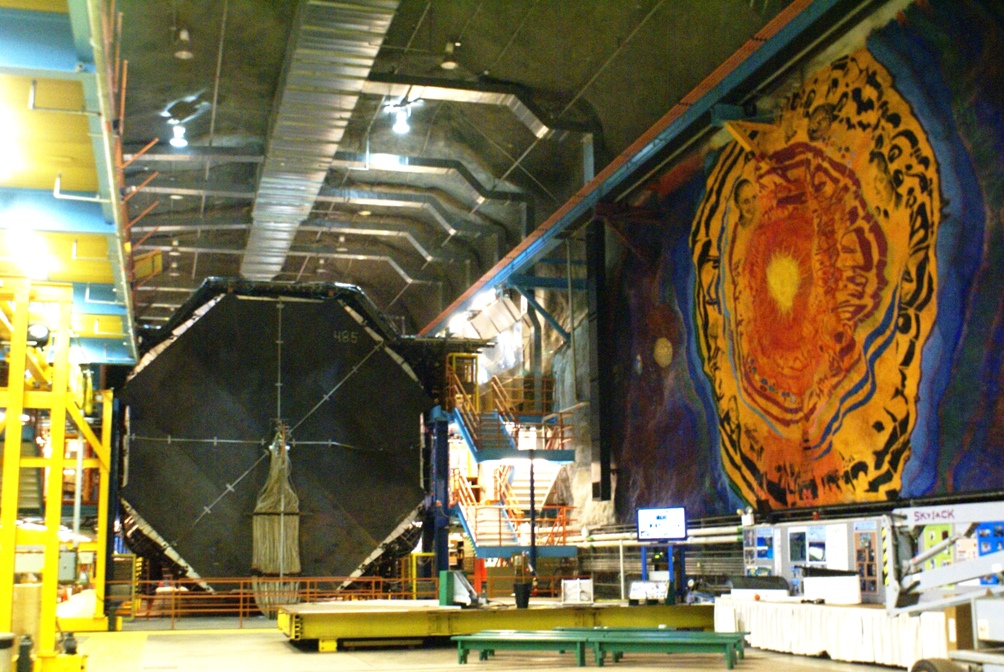