Researchers have reported that almost 6,000 tons of cosmic dust grains (such as the one at top, seen through an electron microscope) fall to Earth's surface every year. They based that conclusion on ice cores (bottom) taken near Concordia Station, a European base in Antarctica. The dust grains, known as micrometeorites, come from comets and asteroids. They are preserved in the layers of ice, allowing scientists to extrapolate the worldwide rate of dust accumulation. [© Cécile Engrand/Jean Duprat] 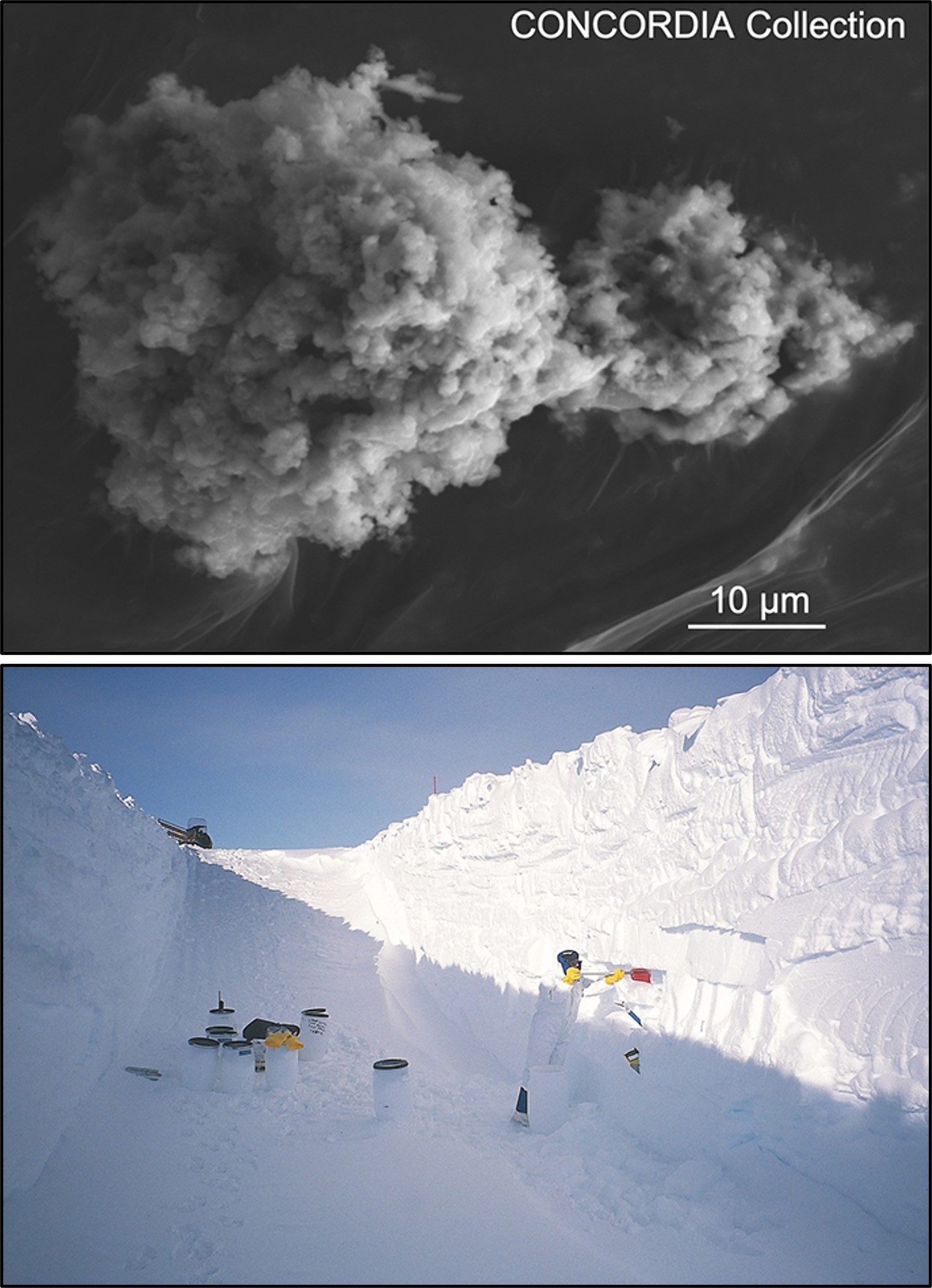