The metallic ball in this image helped the entire city of Boston keep time. It was dropped from the top of a tall mast atop the city's Equitable Building every day at noon. Observers across the city used the signal to set their own clocks and watches. Ship's navigators used the signal to set their on-board chronometers, which allowed them to accurately plot their longitude. This image is from 1881. Time balls remained popular in many cities across the world until time began to be transmitted by radio in the early 1900s. Today, the best-known time ball is dropped in New York City's Times Square at midnight on New Year's Eve, marking the start of the new year. [Wikipedia/U.S. War Department]

Find out more in our radio program entitled
Time Balls 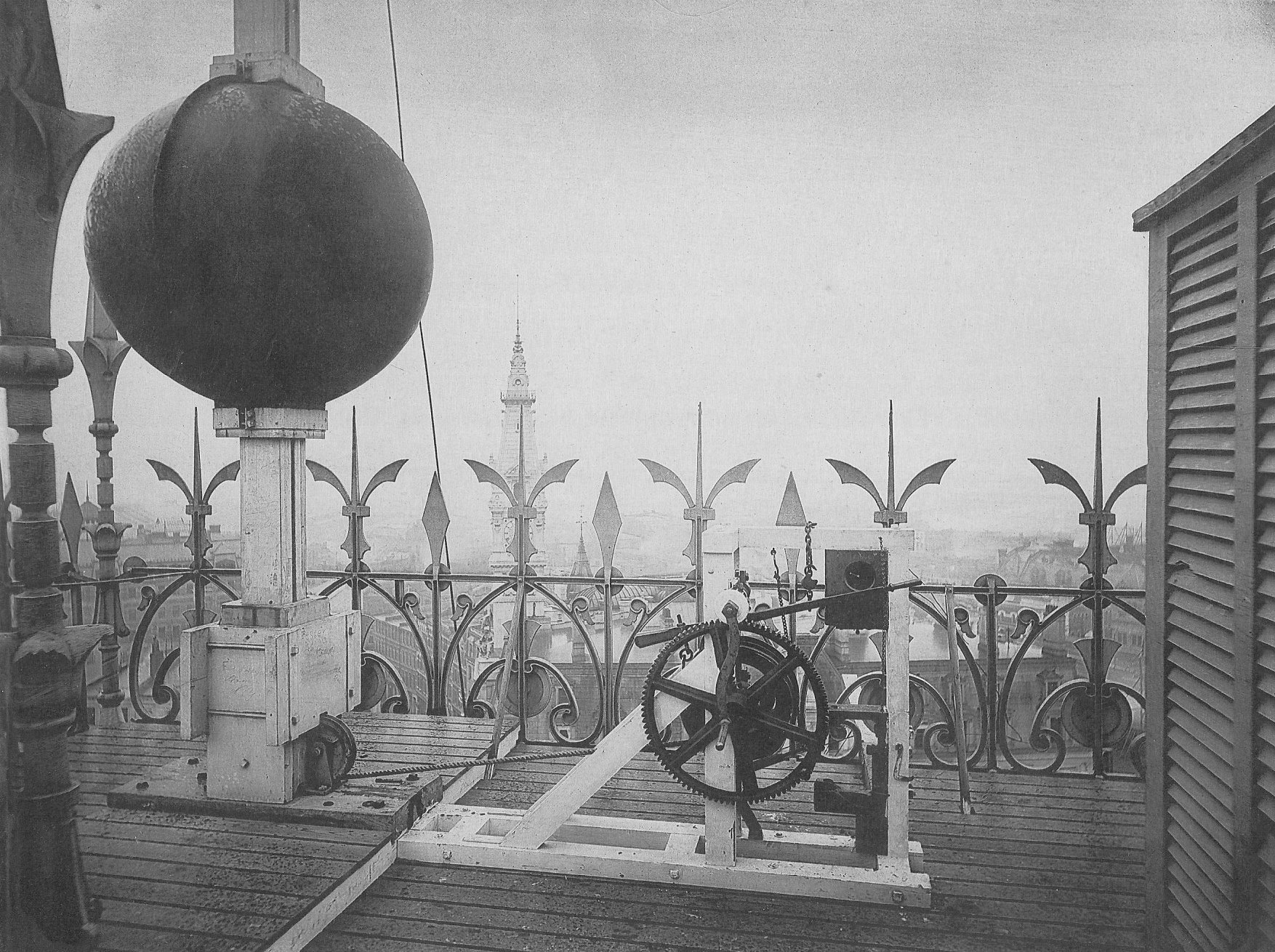