The InSight lander blazes through the Martian atmosphere in this artist's concept. The craft is scheduled to touch down on November 26. Its entry and landing involve several crucial steps, including deploying a parachute and firing its braking engines. Several missions have failed on final approach to the Red Planet. [NASA/JPL] 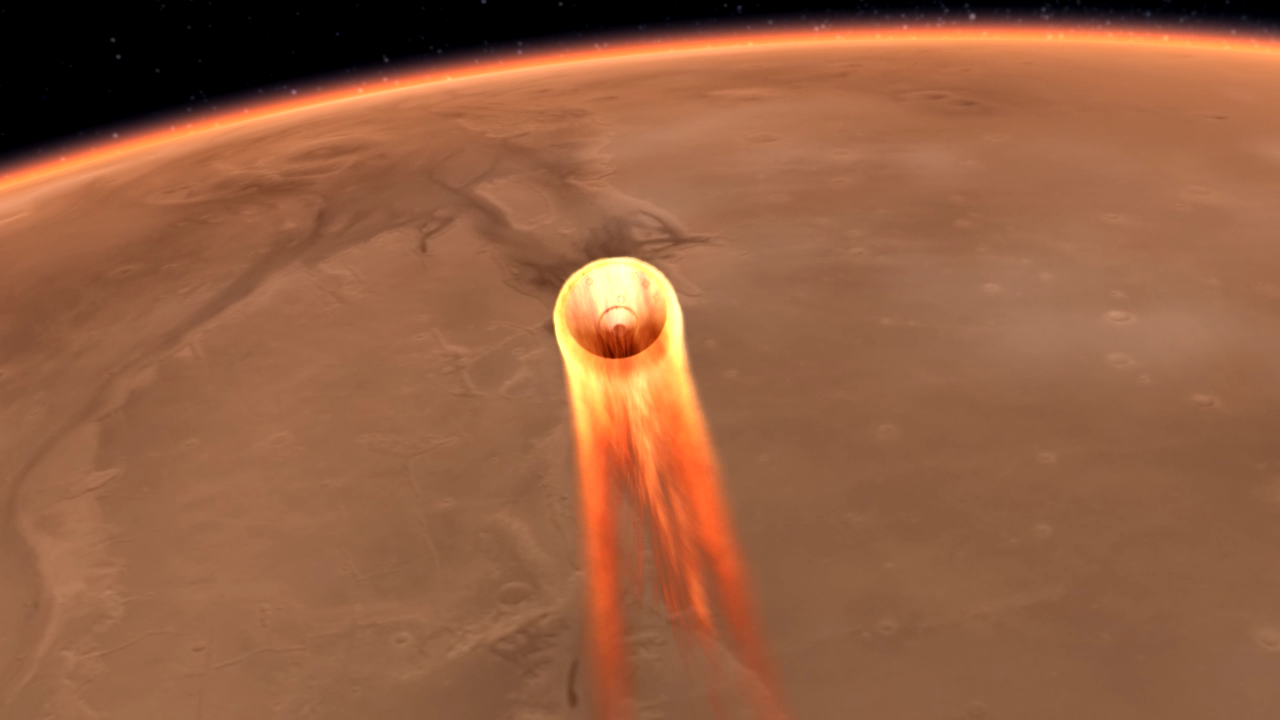