Tendrils of gas swirling around the supermassive black hole at the center of the galaxy NGC 4696 in this newly released Hubble Space Telescope image. The galaxy, which is 150 million light-years away, in the constellation Centaurus, is much bigger and heavier than our home galaxy, the Milky Way. Unlike the MIlky Way, it is classified as an elliptical galaxy, not a spiral. Such galaxies look like fuzzy rugby balls. Detailed observations with Hubble, however, revealed streamers of gas that are about 200 light-years wide and thousands of light-years long spiraling around NGC 4696's central black hole. The material is funneling toward the black hole, which eventually will consume the gas. [NASA/ESA/A. Fabian] 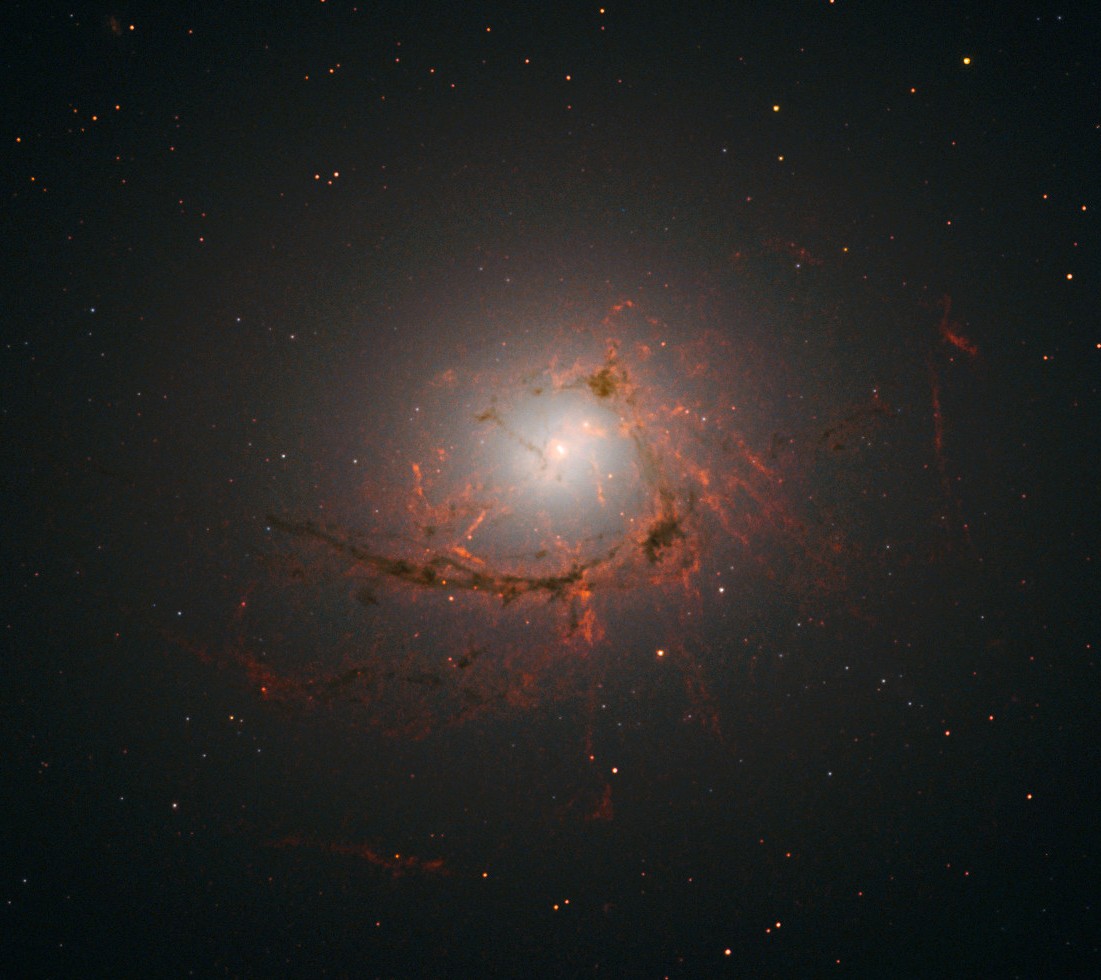