Surveyor 1 became the first spacecraft to make a successful soft landing on the Moon when it dropped to the lunar surface on June 2, 1966. It was designed to confirm that the lunar surface was firm enough to support a spacecraft and make other measurements. It snapped the image of its own shadow soon after landing (left). The picture at top right shows a sister craft, Surveyor 3, photographed on the Moon by an Apollo astronaut. At bottom right, a recent image from Lunar Reconnaissance Orbiter shows Surveyor 1's surroundings. [NASA (3)] 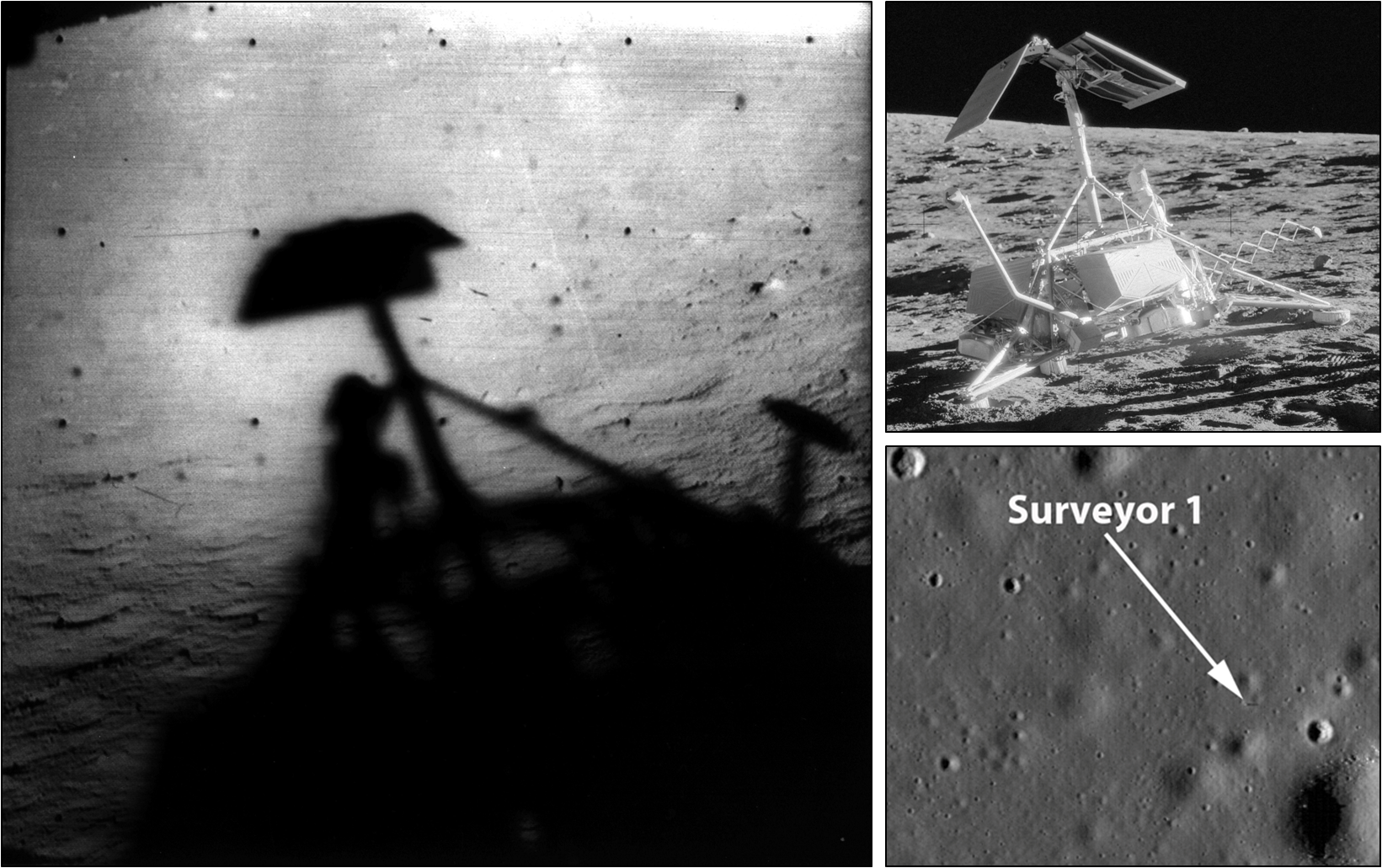