The giant galaxy UGC 1382, which is in the constellation Cetus, the sea monster, is a bit of a surprise. At visible wavelengths alone (left), it looks like a dull elliptical galaxy, which has already used up all of its gas and is no longer giving birth to new stars. A few years ago, though, scientists took a closer look at it in ultraviolet wavelengths (center), which revealed bright spiral arms around the galaxy's core. Adding radio wavelengths (right, in green) reveals massive clouds of hydrogen gas around the galaxy, indicating that it has plenty of materials for making many more stars. [NASA/JPL/Caltech/SDSS/NRAO/L.Hagen and M.Seibert]

Find out more in our radio program entitled
Monster Galaxy 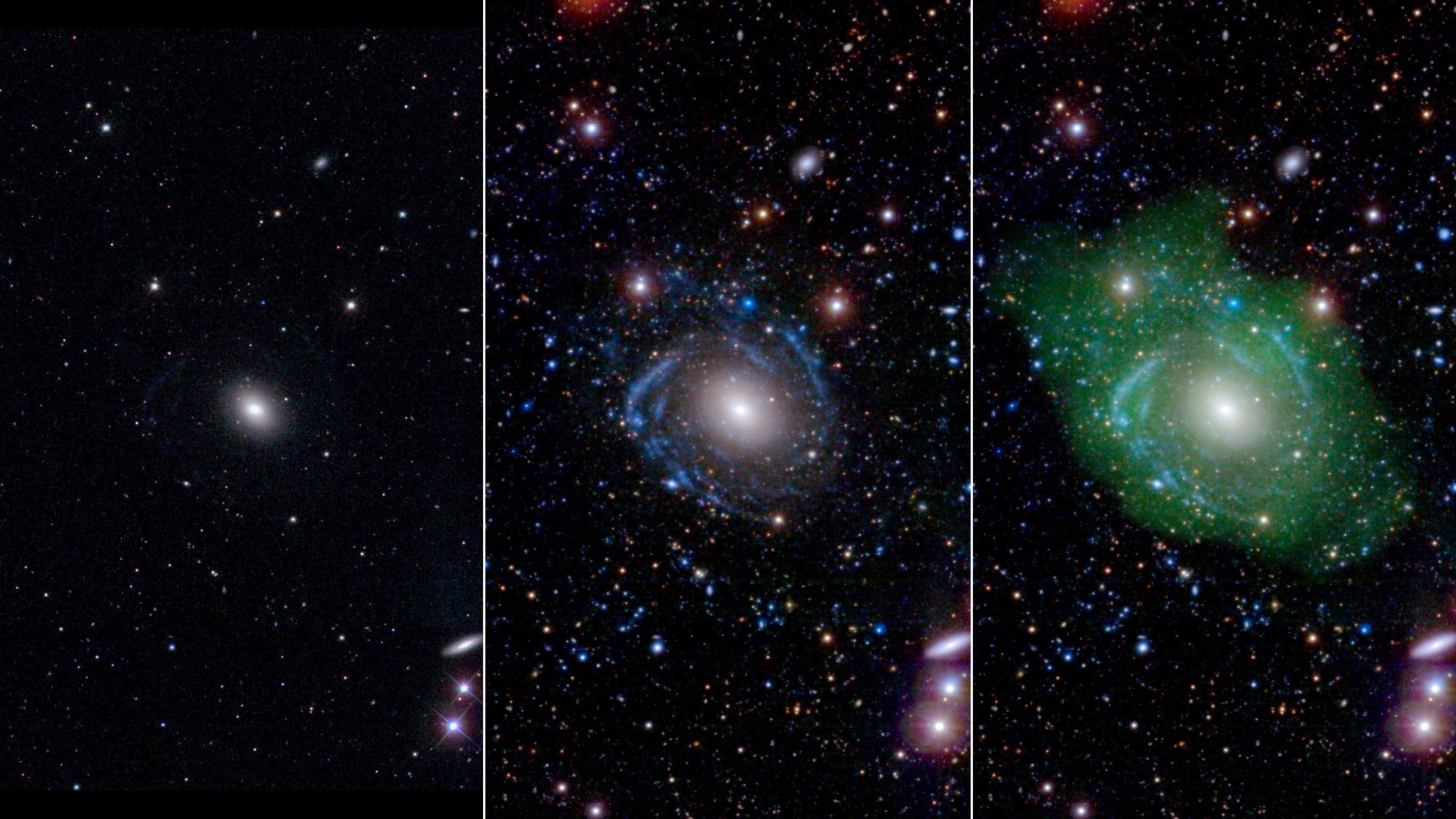 A chip off the old ice block