This 2010 Hubble Space Telescope image shows the aftermath of Supernova 1987a, which was discovered in February 1987. It was the brightest supernova visible from Earth in almost four centuries. In this view, a shockwave from the exploding star is heating a blobby ring of material around the star, making it look like a pearl necklace. The ring was expelled into space by the star about 20,000 years before the supernova blast. The supernova formed when a supermassive star exploded in the Large Magellanic Cloud, a companion galaxy to the Milky Way. [NASA/ESA/K. France (Univ. Colorado, Boulder)/ P. Challis and R. Kirshner (CfA)]

Find out more in our radio program entitled
Supernova 1987a 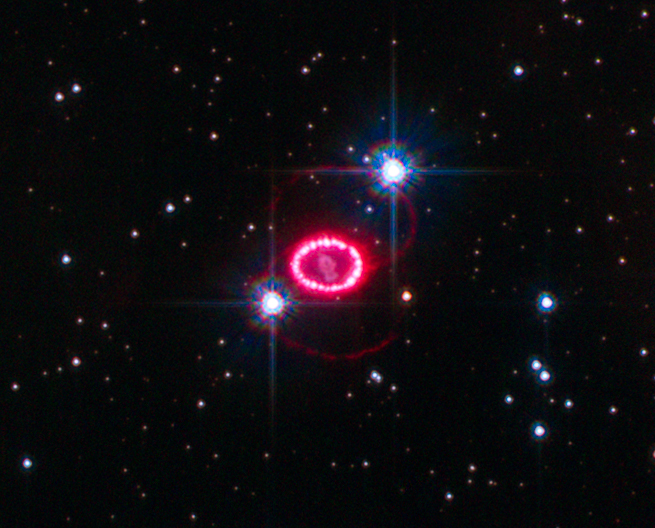