55 Cancri e, which is depicted in this artist's concept, is one of more than 1,300 "super-Earths" discovered in other star systems. Such planets are larger than Earth but smaller than any of the solar system's giant planets. Such worlds probably are rocky, as Earth is. Some of the super-Earths are at the distance from their parent stars where temperatures are most comfortable for life. That's not the case for 55 Cancri e, though. The planet (lower right), which was discovered with the Hobby-Eberly Telescope at McDonald Observatory, is so close to its star that its surface may be an ocean of molten rock. [ESA-Hubble/M. Kornmesser]

Find out more in our radio program entitled
Making Super-Earths 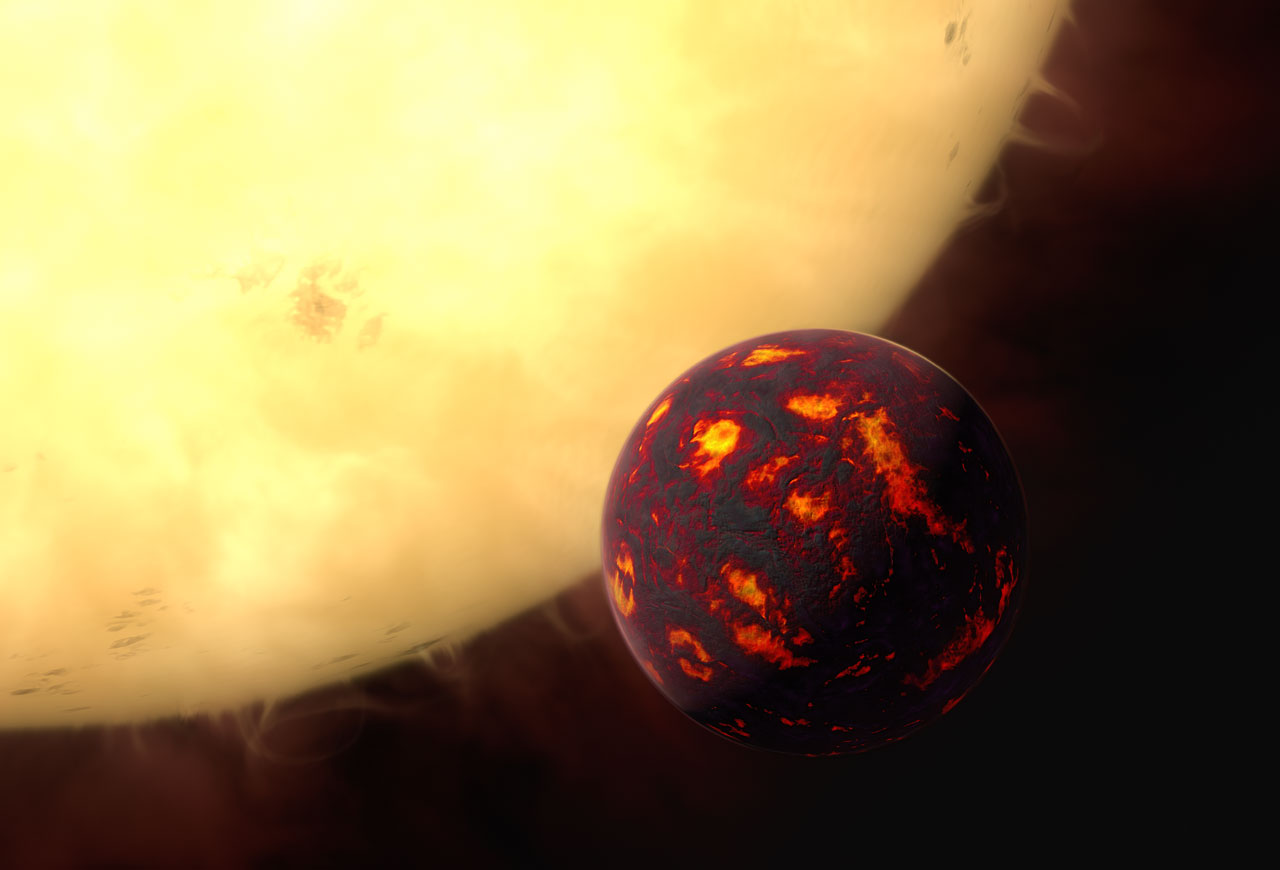