The Moon will turn dark red or orange in the early hours of January 31 as it passes through Earth's shadow, creating a total lunar eclipse similar to this one in 2014. The eclipse occurs at full Moon. Since this is the second full Moon of January, it's also known as a Blue Moon. And because it is closer to Earth than average, it's a Super Moon. [Alfredo Garcia Jr./Wikipedia] 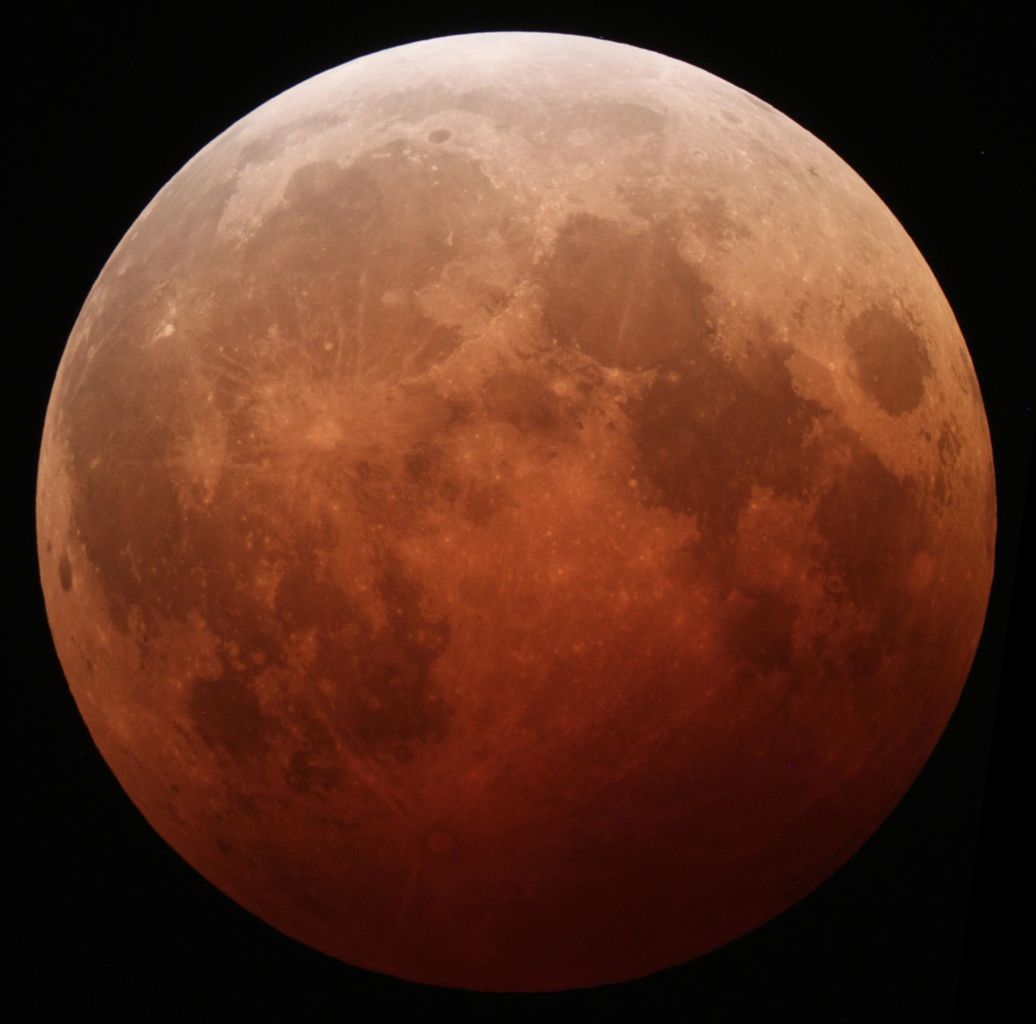