An artist's concept shows the Solar Maximum Mission spacecraft in orbit. It was launched on February 14, 1980, to measure the peak of the Sun's 11-year magnetic cycle. Such peaks are accompanied by large numbers of sunspots as well as eruptions from the Sun's surface. Solar Max failed in late 1980, but was repaired by space shuttle astronauts in 1984. [NASA] 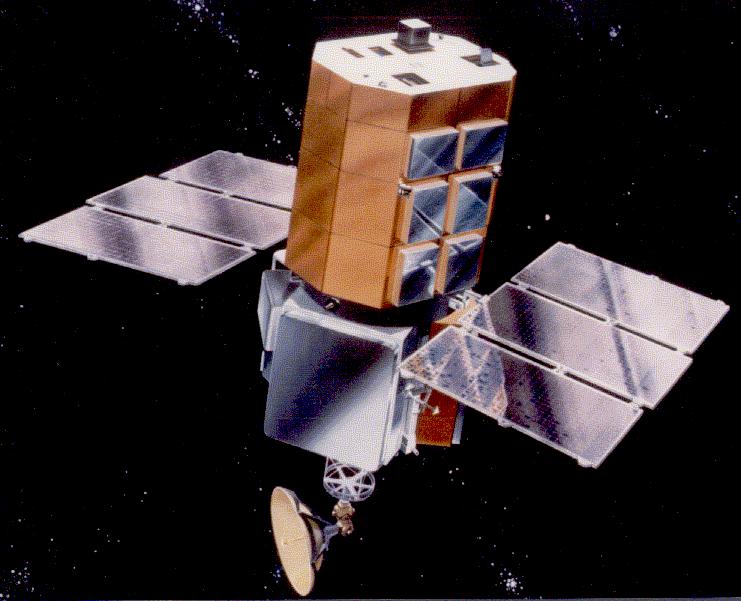