Apollo 12 launched into heavy clouds and rain on November 14, 1969. Seconds after liftoff, lightning hit the Saturn V booster rocket and continued down toward its launch pad (inset). The strike knocked many of the craft's systems offline, including the telemetry feed to mission control. A flight controller saved the launch by recommending that the astronauts flip an obscure switch on their control panel. That allowed astronauts Pete Conrad, Alan Bean, and Richard Gordon to continue their trip to the Moon. [NASA (2)]

Find out more in our radio program entitled
Apollo 12 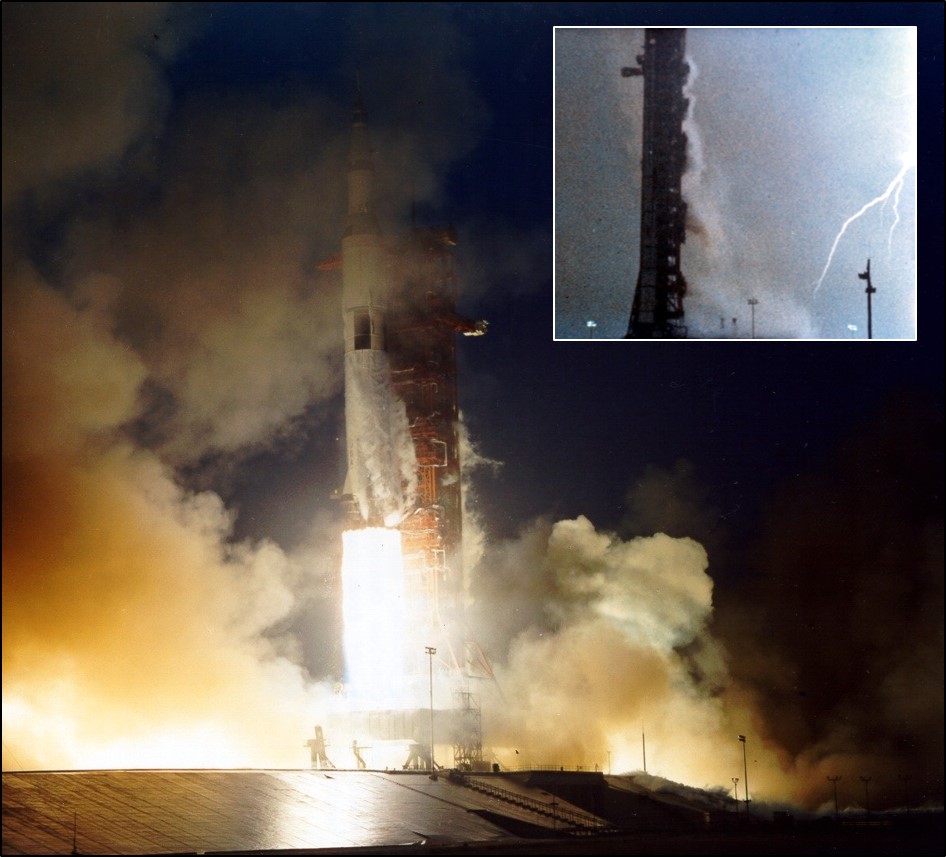