Starlink satellites, which provide Internet service to remote regions, streak across a galaxy cluster shortly after their launch in this May 2019 image from Lowell Observatory. The satellites are launched in groups, so they stick together for a few days as they move into their final orbits. Several hundred of the satellites have been launched, with many thousands more scheduled to join them in the next few years. Astronomers are concerned that the proliferation of these and other satellites will make it much more difficult to observe the night sky, both for scientists and for casual skywatchers. [Victoria Girgis/Lowell Observatory]

Find out more in our radio program entitled
Satellites Galore 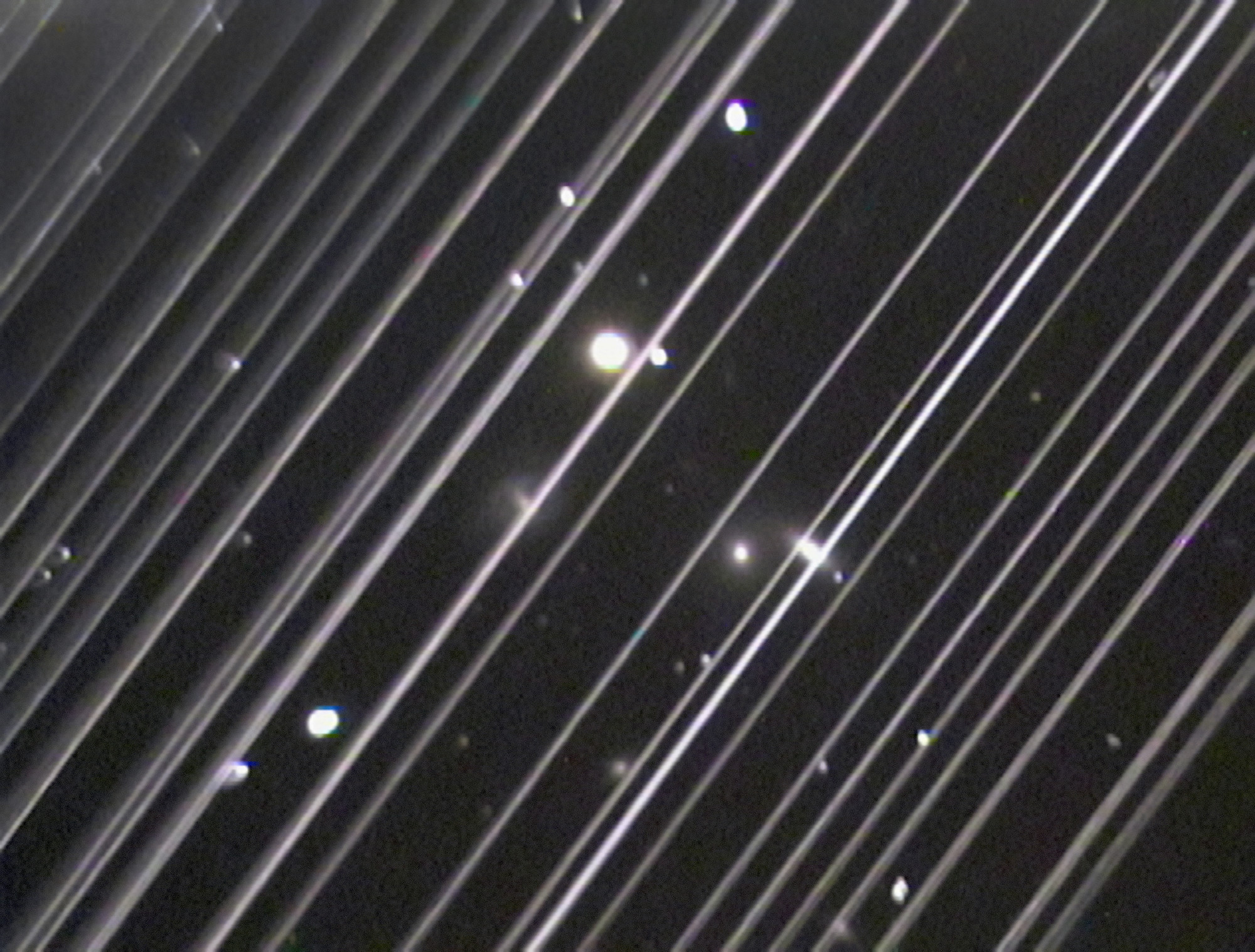