U.S. Army Major Jesse A. Marcel displays debris from what the Army described as a crashed weather balloon from a site near Roswell, New Mexico, on July 8, 1947. Roswell Army Air Field had originally issued a press release saying it had retrieved a "flying disk" from the nearby desert. The Army extinguished the story with its later explanation for a while, but today the Roswell Incident is big business, inspring conspiracy theories about visitors from other planets. The current explanation is that the recovered debris was from a classified balloon that was trying to sniff out possible atomic bomb tests in Russia. [Courtesy, Fort Worth Star-Telegram Photograph Collection, Special Collections, The University of Texas at Arlington Library, Arlington, Texas] 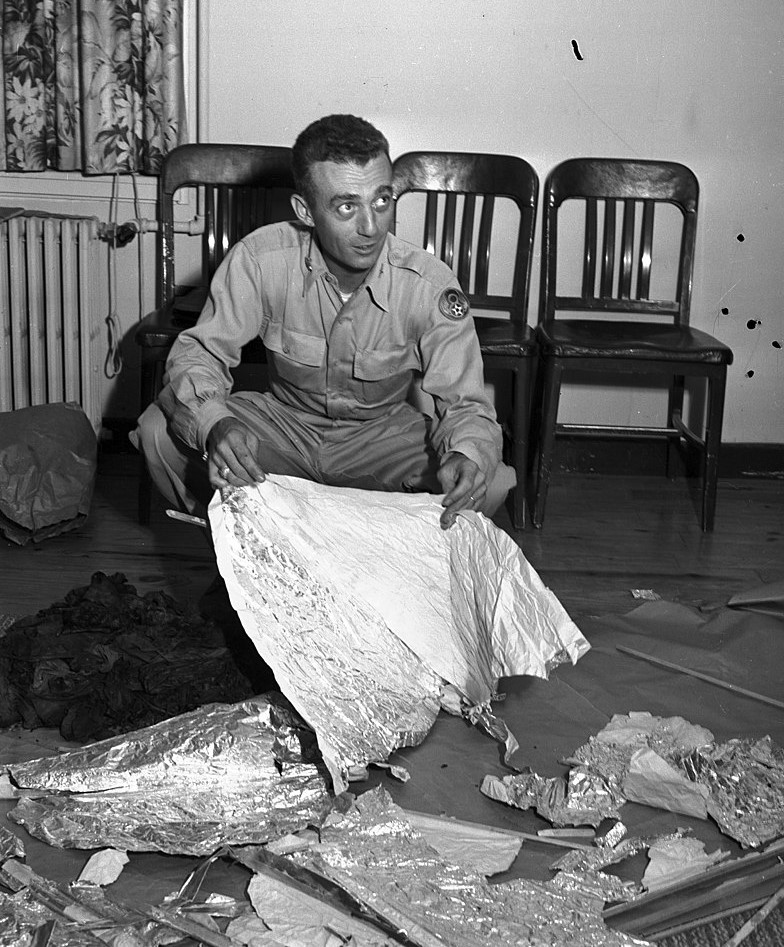