A hexagonal storm system perches atop the planet Saturn in this 2013 image from the Cassini spacecraft. The system, which sits at the north pole, is big enough to swallow Earth, and has been stable for more than four decades. Another giant storm system, shaped like a whirlpool, is at Saturn's south pole. [NASA/JPL/SSI/Cornell]

Find out more in our radio program entitled
Saturn at Opposition 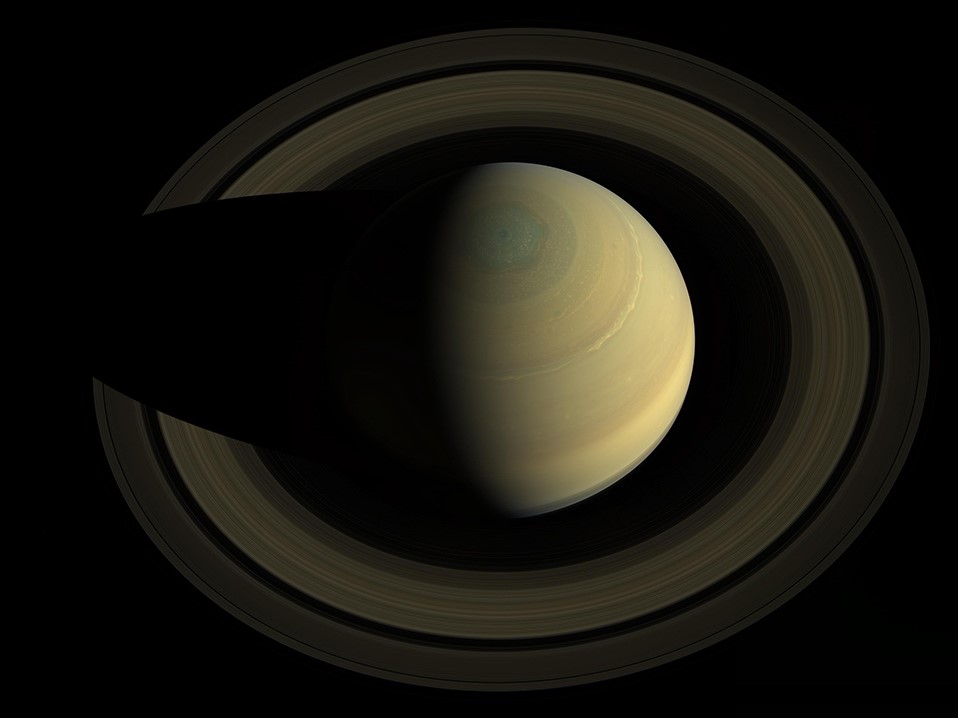