A swirling storm on the surface of the Sun on May 12 is one of several features that have triggered outbursts of charged particles known as coronal mass ejections. Some of these particles are aimed at Earth and could cause "space storms" on May 15 and 16. Such storms can intensify displays of the northern and southern lights, damage orbiting satellites, cause airlines to divert some flights, and create other problems. The current solar storms are relatively weak, though, so any impact on Earth should be minor. [NASA/ESA/SDO] 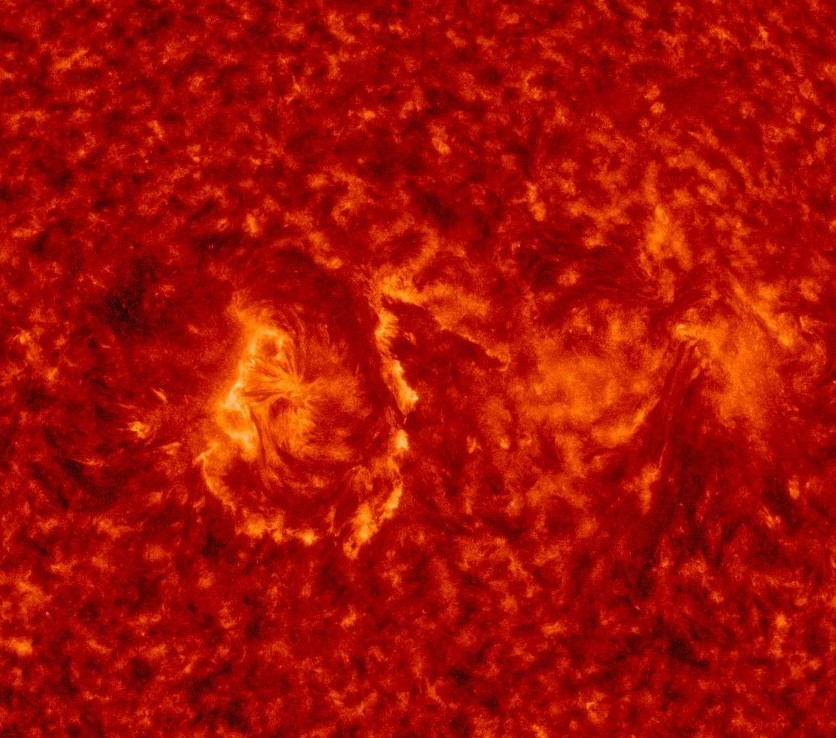