Ingenuity, a small helicopter that's been operating on Mars since March, snapped this image during its 10th flight, on July 24, at roughly noon local time. The image shows small boulders strewn across the landing site of the Perseverance rover, which carried Ingenuity to Mars. The two craft are inside Jezero Crater, which contains and ancient river delta. Rover scientists are using some of the helicopter's images to identify sites for Perseverance to sample. [NASA/JPL] 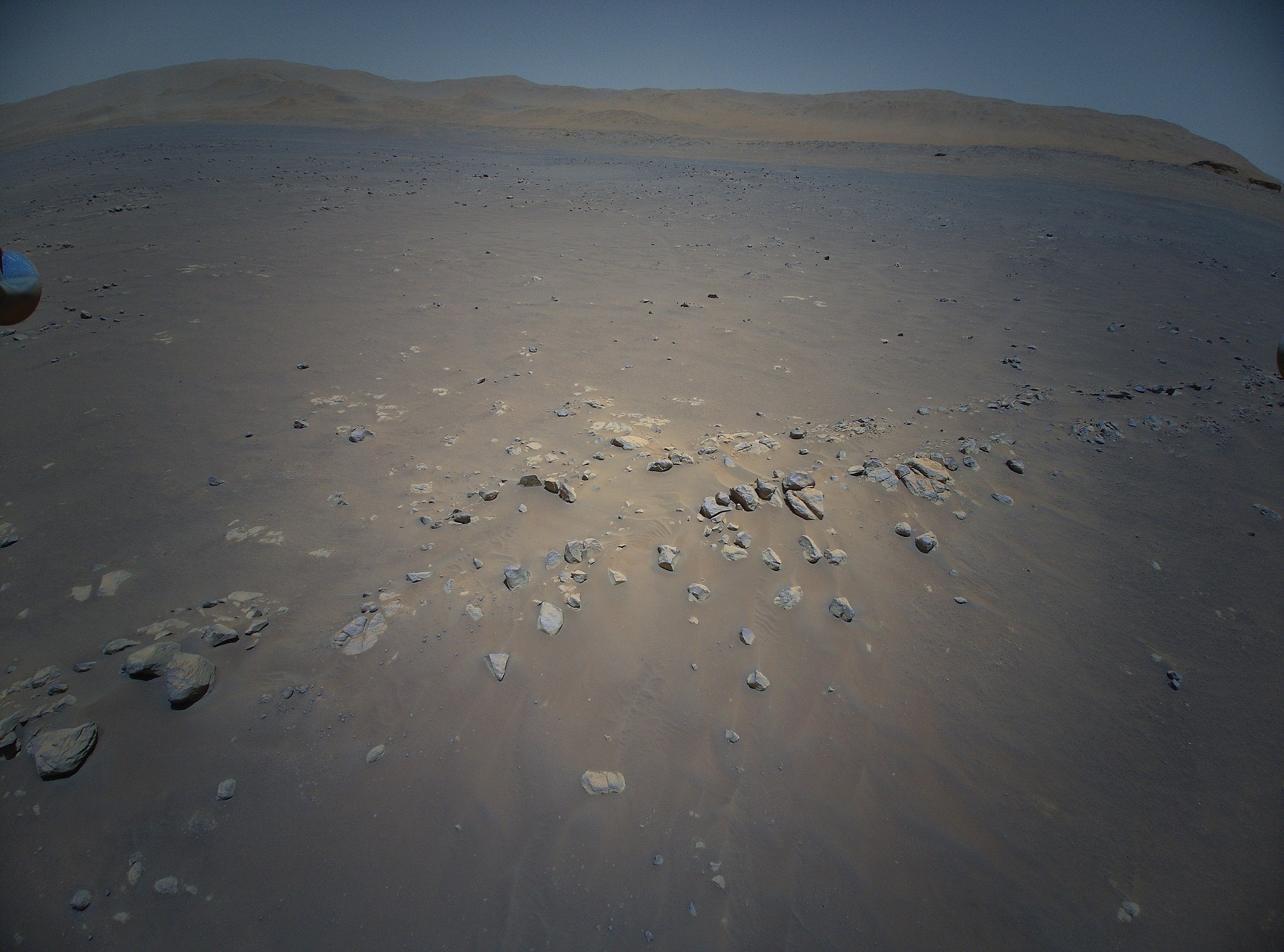