A vast stellar nursery shines brightly in this new Hubble Space Telescope image. The complex consists of the large nebula NGC 2014 and the smaller NGC 2020. NGC 2014 has given birth to several hot, massive stars. Radiation and winds of charged particles from these stars erode the gas and dust around them, creating big bubbles. Those bubbles have reminded skywatchers of coral reefs, so the structure is nicknamed the Brain Coral. As the bubbles grow, they cause parts of the cloud to fragment, then collapse to form new stars. NGC 2020 has been sculpted by a single star that is roughly 200,000 times brighter than the Sun. Ultraviolet energy from the giant star causes oxygen in the nebula to glow, creating the blue color. The star should someday explode as a supernova. [NASA/ESA/STScI] 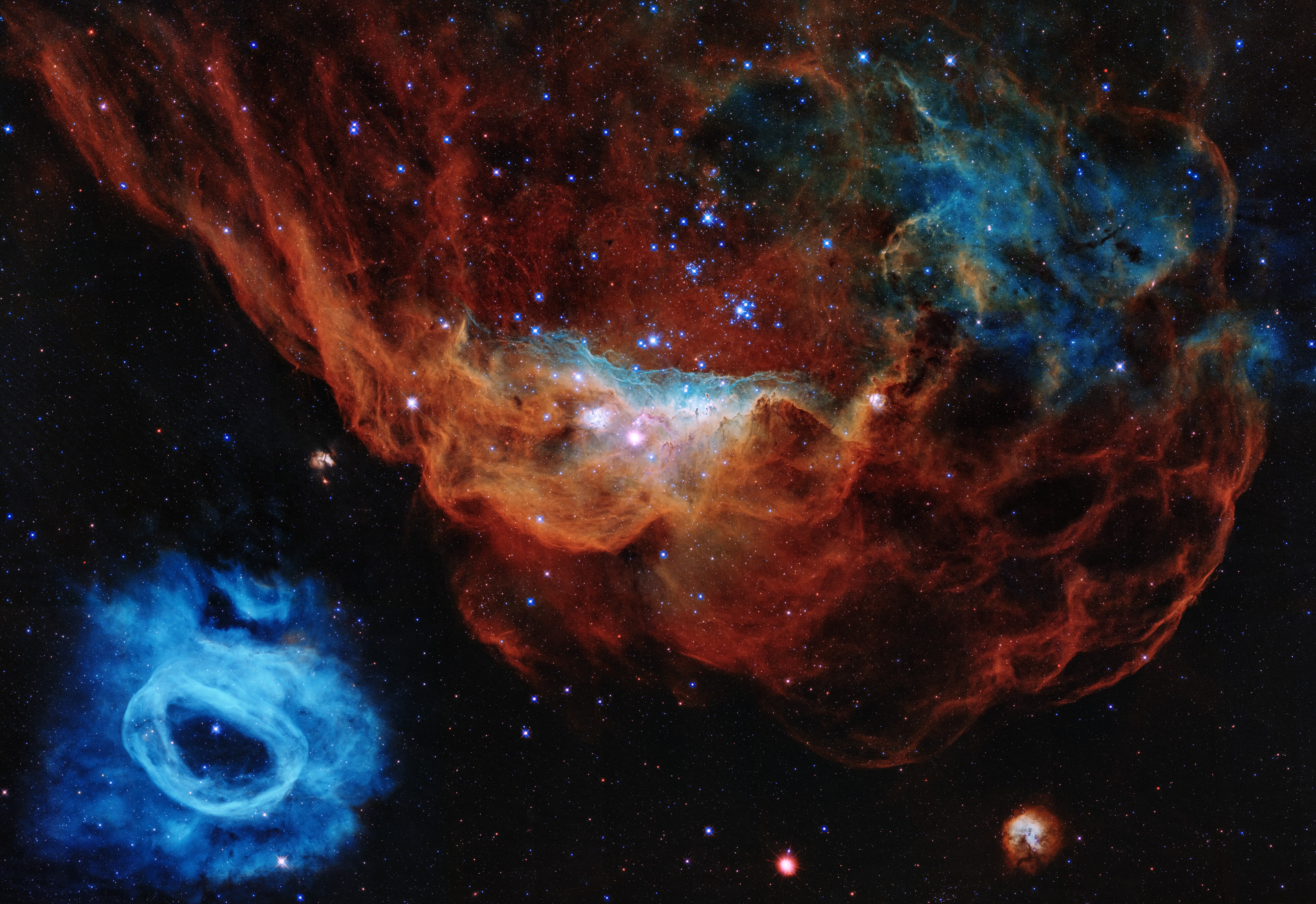