Shortly before a massive star explodes as a supernova, it consists of a series of layers, like an onion. In this case, each layer consists of a different chemical element, from iron in the core to hydrogen at the surface. The star was born with the hydrogen and helium, but manufactured the other elements through nuclear fusion reactions its its core. When the star explodes, it scatters many of these elements into space, where they can be incorporated into new stars and planets. [NASA/CXRO] 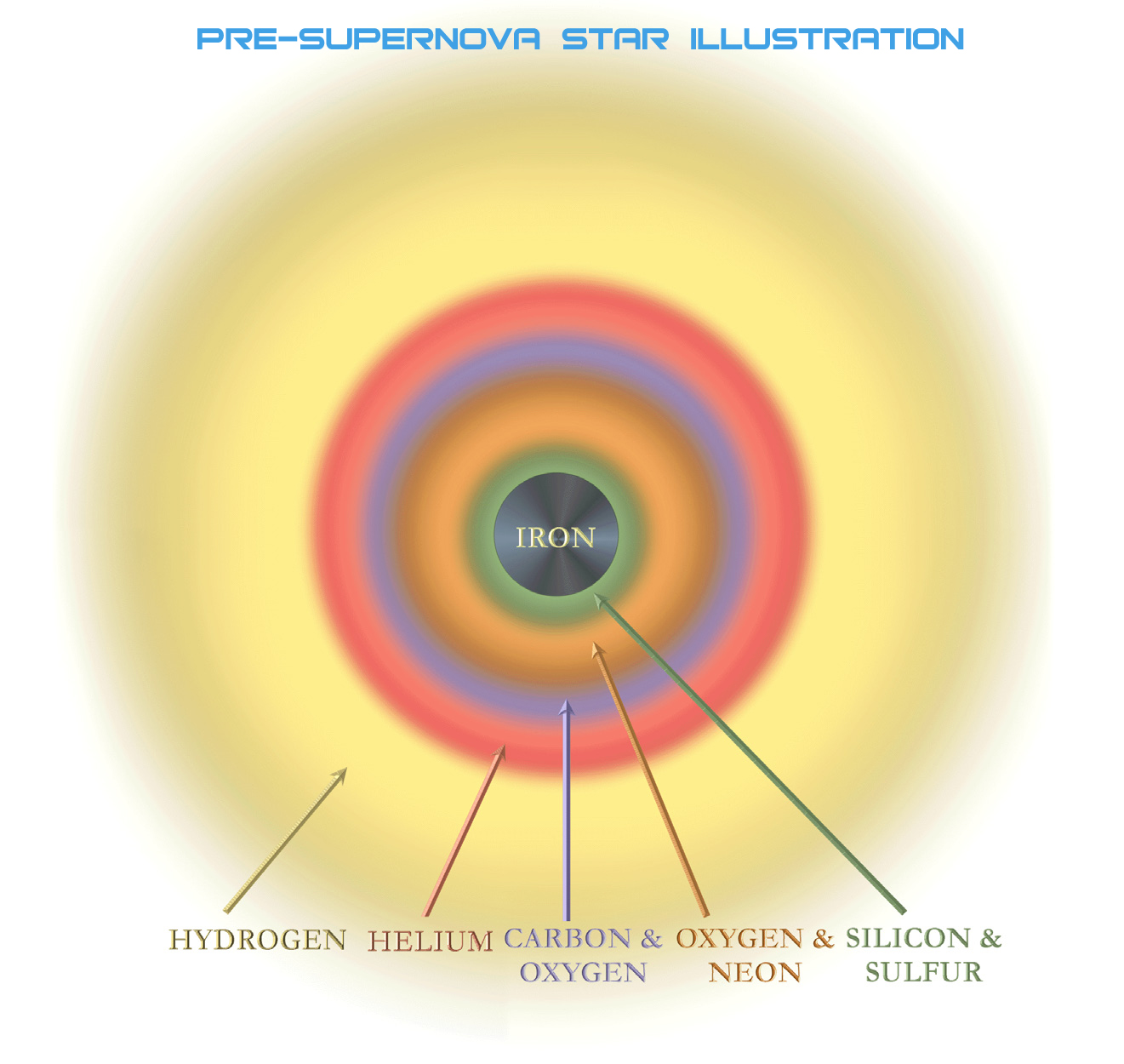