A myriad stars sparkle in this Hubble Space Telescope view of NGC 6397, a globular cluster in the southern constellation Ara. The red stars are bloated and cool, while the blue stars are smaller but much hotter. Using Hubble observations, astronomers determined that the cluster is about 7,800 light-years away. With an accurate distance, they then determined that NGC 6397 formed about 13.4 billion years ago, just 400 million years after the Big Bang. The cluster, which contains several hundred thousand stars, has also served as a laboratory for astronomers who study the masses of stars and other subjects. [NASA/ESA/T. Brown and S. Casertano (STScI)]

Find out more in our radio program entitled
NGC 6397 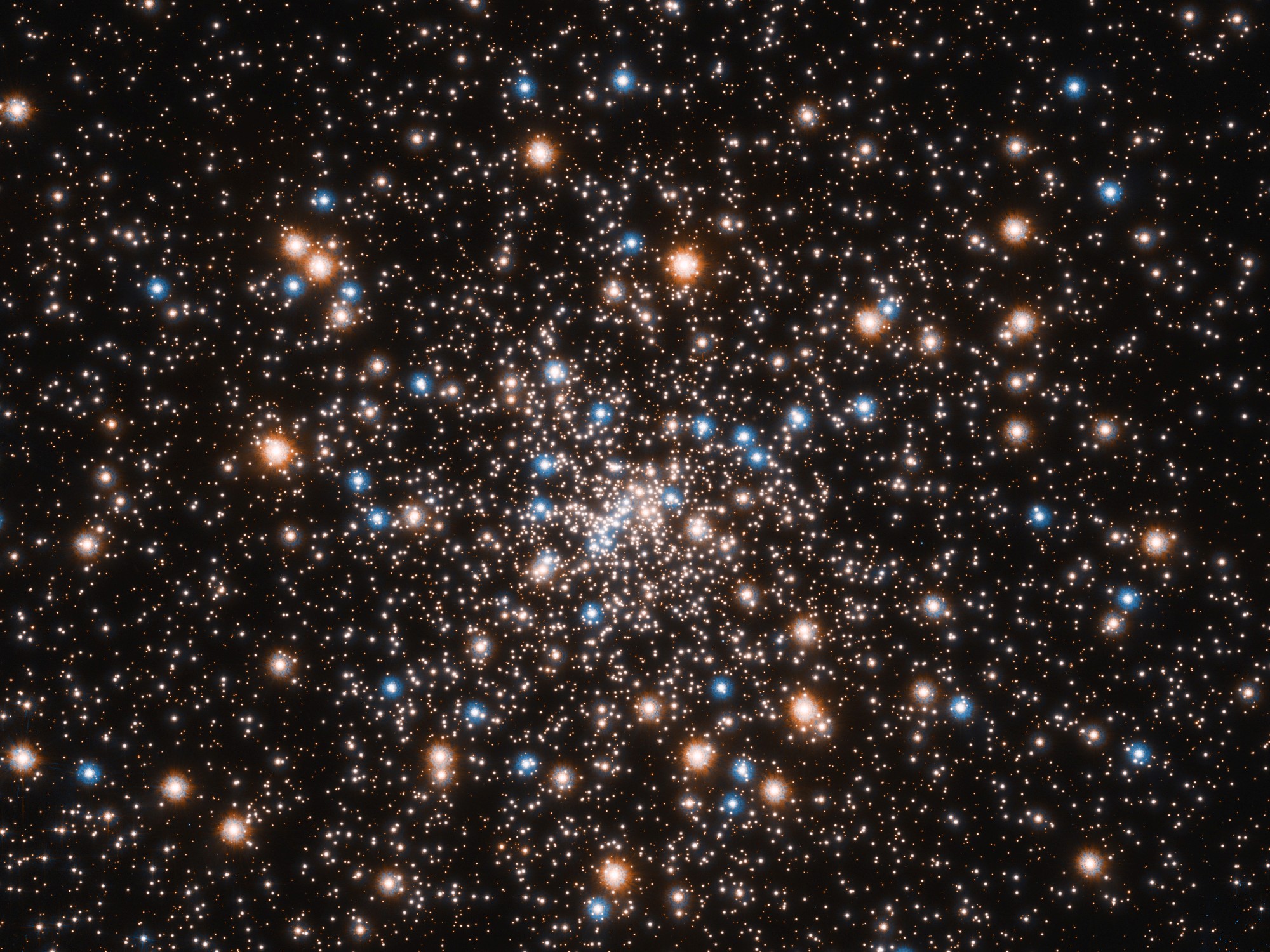