Terzan 5, a globular cluster in the constellation Sagittarius, contains hundreds of pulsars, which are the rapidly spinning corpses of once mighty stars. It contains the highest concentration of pulsars in the galaxy. The cluster is also one of the heaviest in the galaxy, with a mass equal to about two million Suns but contained in a region only a few light-years across. Because it is so densely packed, collisions between stars may be fairly common. [ESA Hubble/NASA]

Find out more in our radio program entitled
Terzan 5 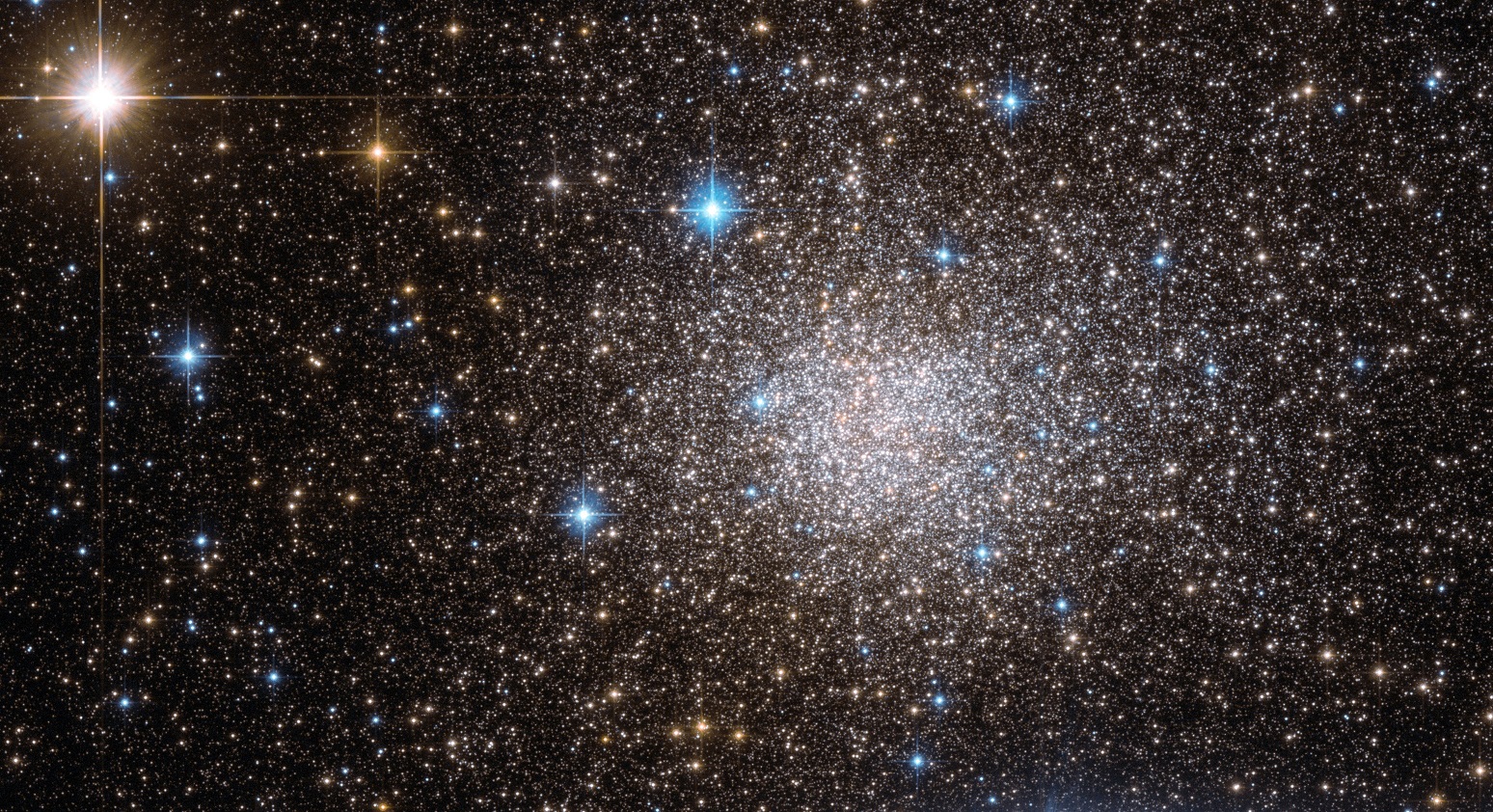