An artist's concept shows a possible debris disk around a neutron star, which is the ultradense core of a star that exploded as a supernova. Hubble Space Telescope detected an outburst of infrared energy from one neutron star. Astronomers say the infrared energy could be produced as the neutron star heats a disk of debris about 18 billion miles wide -- more than three times the diameter of the orbit of Neptune, the most-distant major planet in the solar system. The disk would contain some of the remains of the original star's outer layers, which were blasted into space in the supernova explosion. [NASA/ESA/N. Tr’Ehnl (Penn State)] 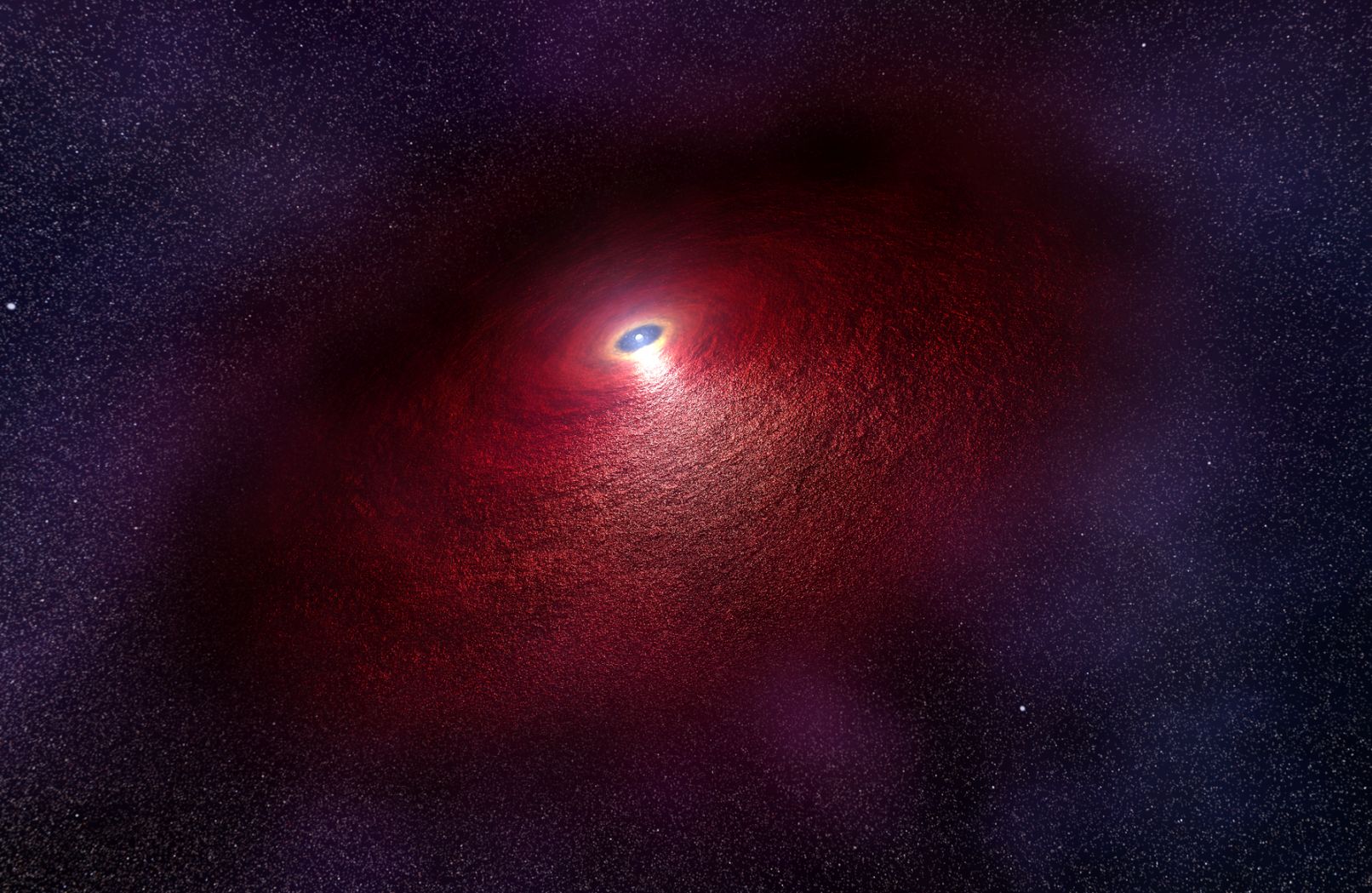