A newly released image shows a closer view of the white spots on Ceres, the largest member of the asteroid belt. The nature of the spots, which were first seen by the Dawn spacecraft as it approached Ceres, is still unknown. This image was created by overlaying two images snapped from an altitude of 915 miles (1,470 km). [NASA/JPL/UCLA/MPS/DLR/IDA] 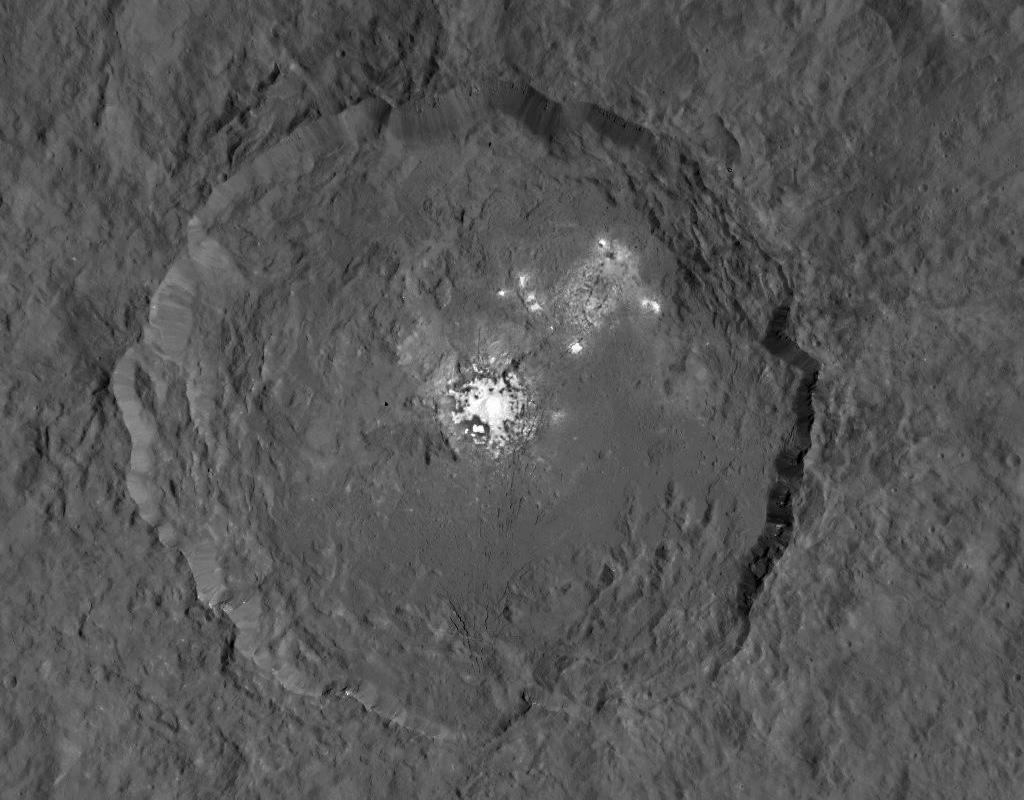