Swirls of gas surround a pair of stars that may someday explode as gamma-ray bursts. The swirls reminded astronomers of a coiled snake, so they nicknamed the system Apep after an ancient Egyptian god of chaos and darkness. The two closely bound stars are many times larger and more massive than the Sun. They're also tens of thousands of degrees hotter, so they blow strong "winds" of hot gas into space. As the stars orbit each other, the winds twist around like the streamers of a spinning water sprinkler. The cores of the hot stars eventually will collapse to form black holes. Swirling disks of gas around the black holes will eject streamers of extremely hot gas, forming "jets" from the stars' poles. Any star that aligns along one of those jets will see a gamma-ray burst, which can produce as much energy in minutes as the Sun will in its entire lifetime. This image, which was shot at infrared wavelengths, shows two bright stars at the center. The brighter spot is actually the combined light of the close twins, while the other is a third star that is much farther from the other two. [ESO/Callingham et. al]

Find out more in our radio program entitled
Apep 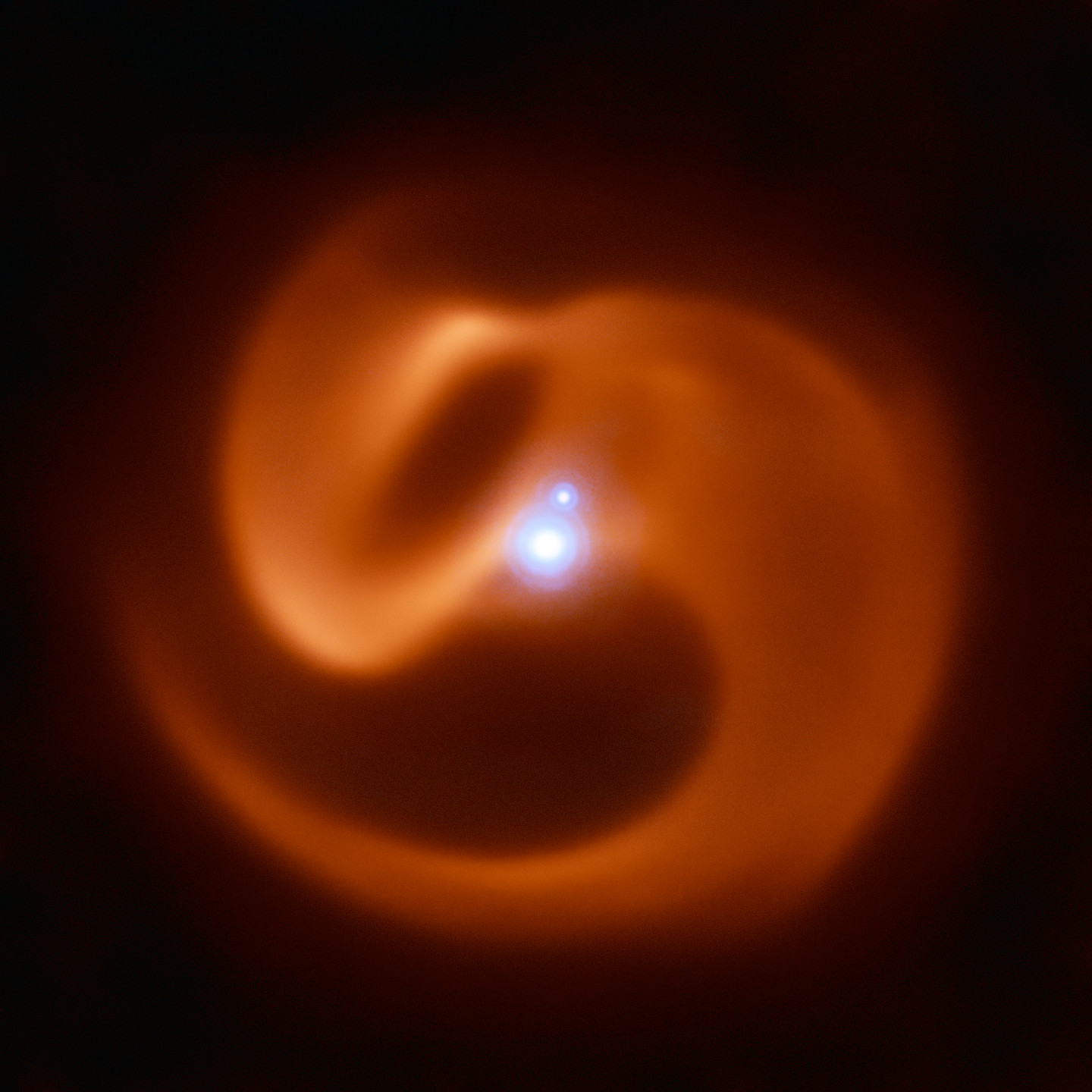