About 150,000 stars squeeze together in Messier 2, a globular star cluster photographed by Hubble Space Telescope. The cluster formed when the universe was less than one billion years old, so its stars are among the oldest in the Milky Way Galaxy. The cluster belongs to a region of space nicknamed the Gaia Sausage. It's named for the Gaia space telescope, which has mapped the area, and the region's shape, which resembles a sausage. Several other clusters inhabit the region, suggesting they had a common origin. [ESA-Hubble/NASA/G. Piotto et al.]

Find out more in our radio program entitled
Spicy Clusters 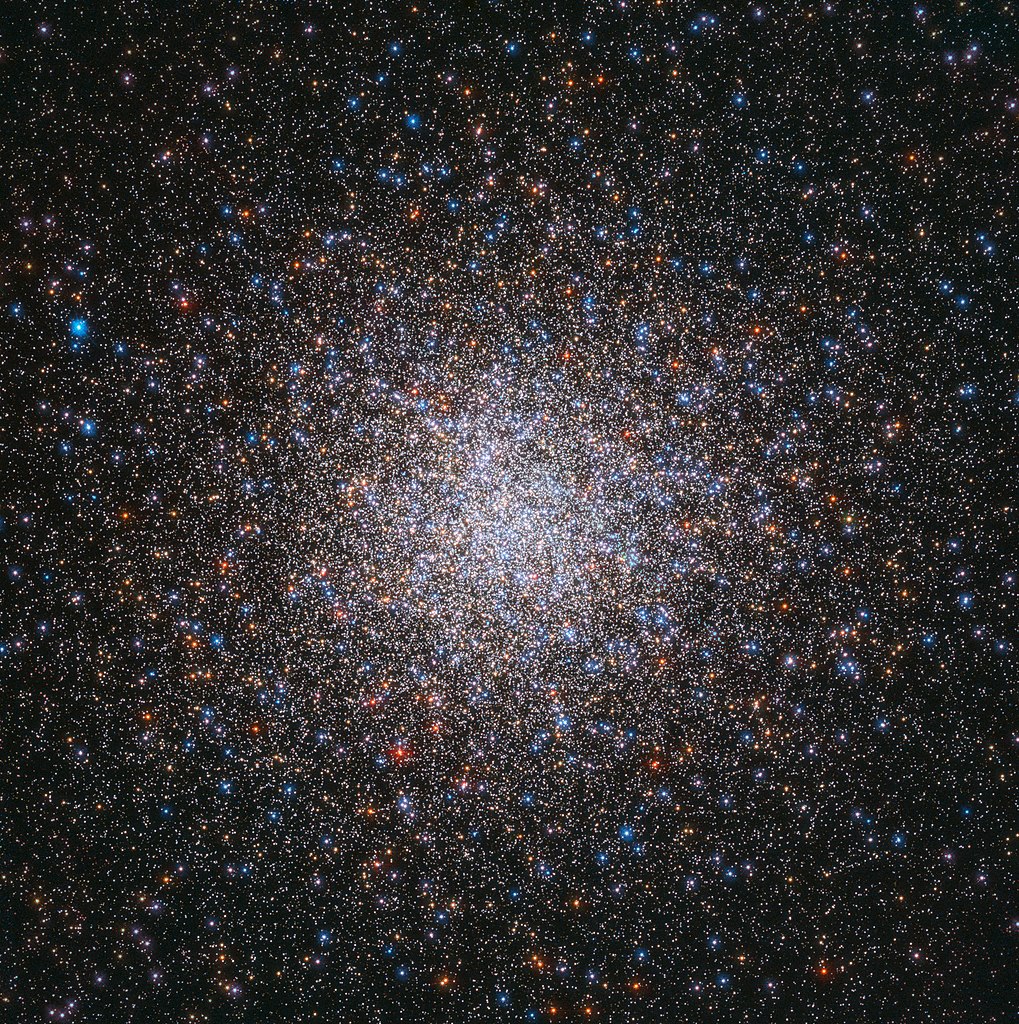