Clouds of carbon surround the star CW Leonis in this Hubble Space Telescope image. The star is fusing helium in its core to make carbon. That process has caused its outer layers to puff up to hundreds of times the diameter of the Sun and created a strong "wind" that blows carbon and other elements into space. Before long, CW Leonis will expel all of its outer layers of gas, leaving only its hot but dead core, known as a white dwarf. The star is about 400 light-years away, in the constellation Leo. [ESA-Hubble/NASA/Toshiya Ueta (Univ. Denver)/Hyosun Kim (KASI)]

Find out more in our radio program entitled
Carbon Factory 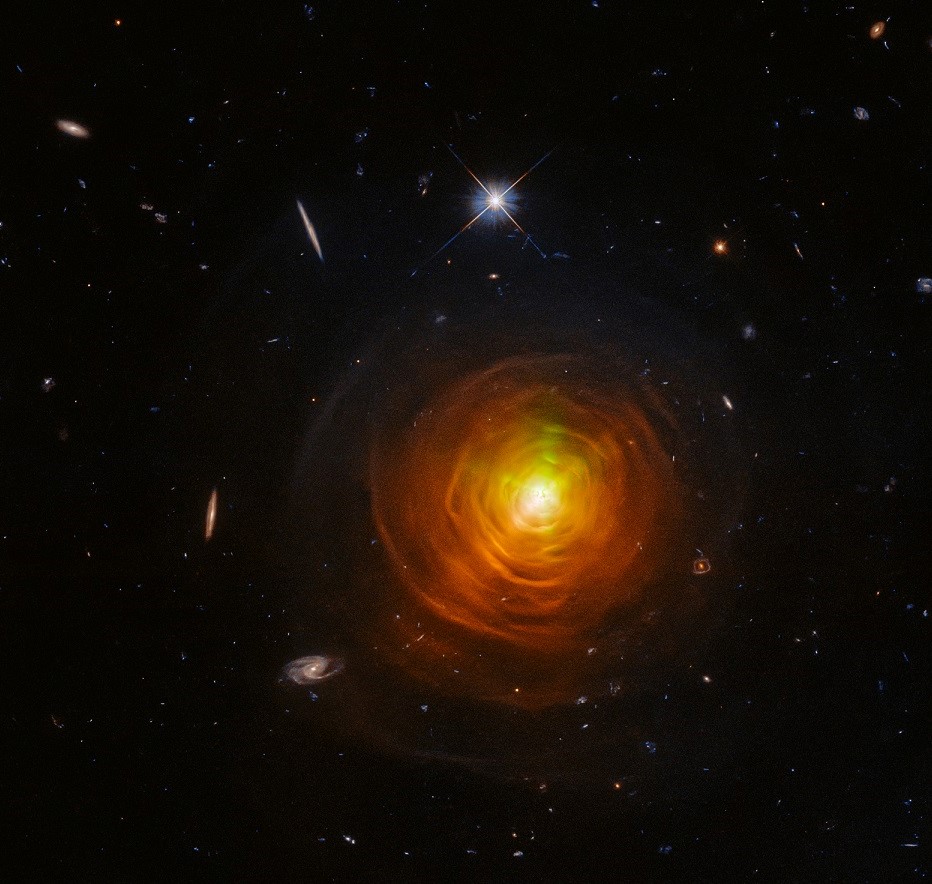