A powerful solar flare erupted on the Sun on September 6 (starburst at lower right of center, viewed by Solar Dynamics Observatory), accompanied by an outburst of charged particles known as a coronal mass ejection. Solar scientists say it was the most powerful flare in more than a decade. It has disrupted some forms of radio communications in the northern hemisphere, and could produce bright auroral displays in a few days. [NASA/SDO] 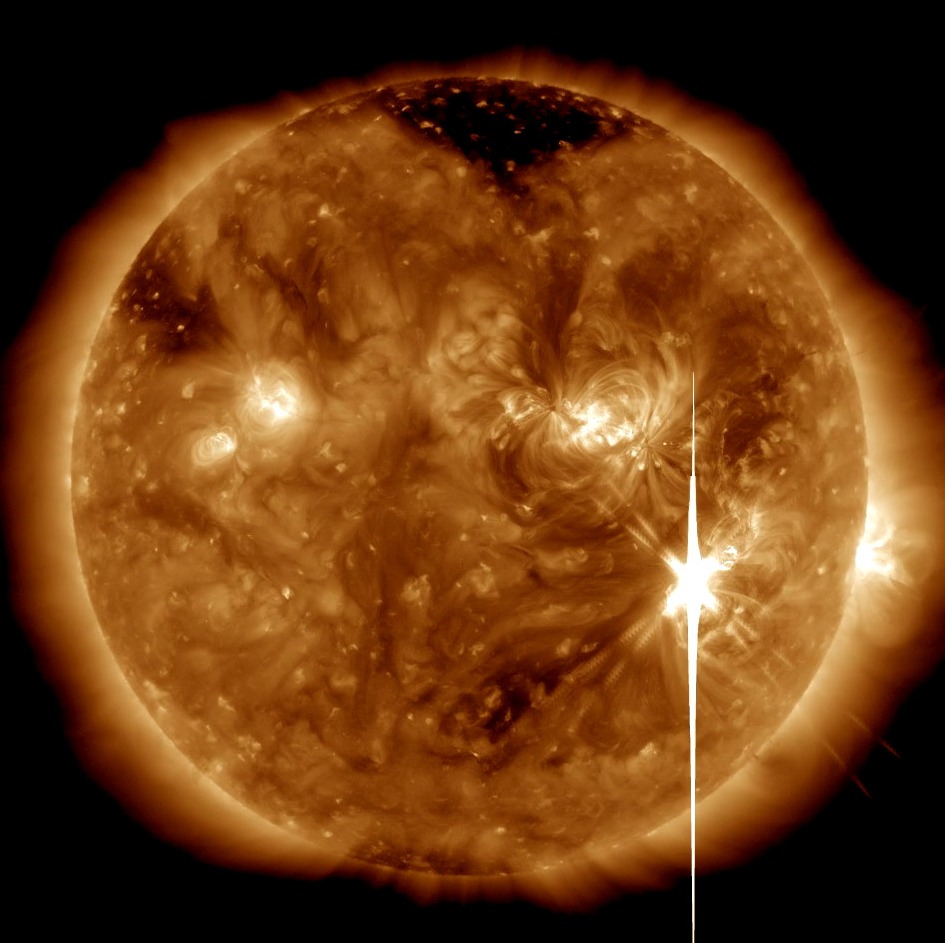