A powerful solar flare (right of center) erupted from the Sun on March 11. It affected some radio communications on Earth. A solar flare is an eruption of radiation and charged particles that occurs when lines of magnetic force cross and discharge, creating an immense short-circuit. This flare is classified as X2; X-class are the most powerful flares. The energy produced by this flare was the equivalent of millions of hydrogen bombs. This image was captured by the Solar Dynamics Observatory. SDO images were combined to create a video as well. [NASA/SDO] 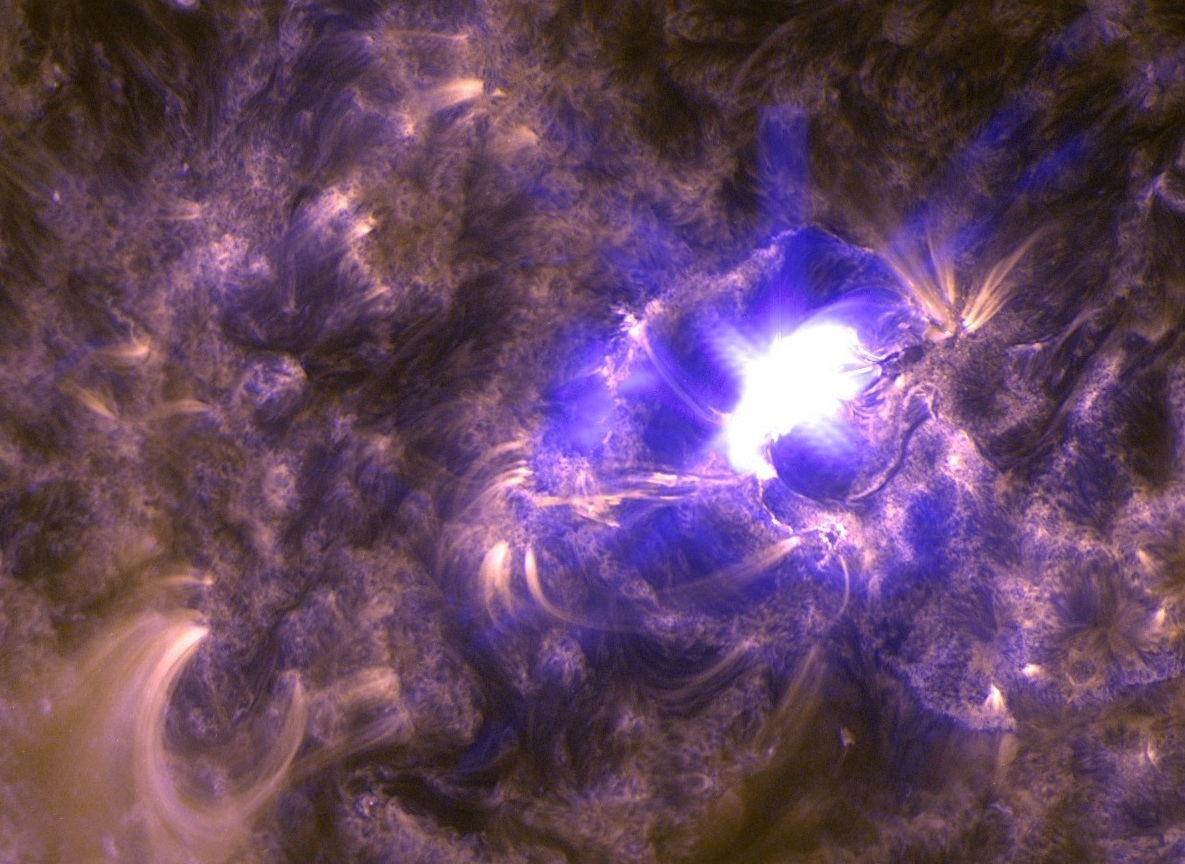