Three sketches depict the total solar eclipse of August 18, 1868. During the eclipse, French astronomer Pierre Janssen observed the filaments of gas that erupt from the Sun's surface. His observations revealed the chemical fingerprint of an unknown element in the Sun's spectrum. The element was later named helium, after the Greek sun god Helios. Although it had never been seen before, on or off Earth, helium is the second-most-abundant chemical element in the universe. [Wikipedia]

Find out more in our radio program entitled
Solar Discovery 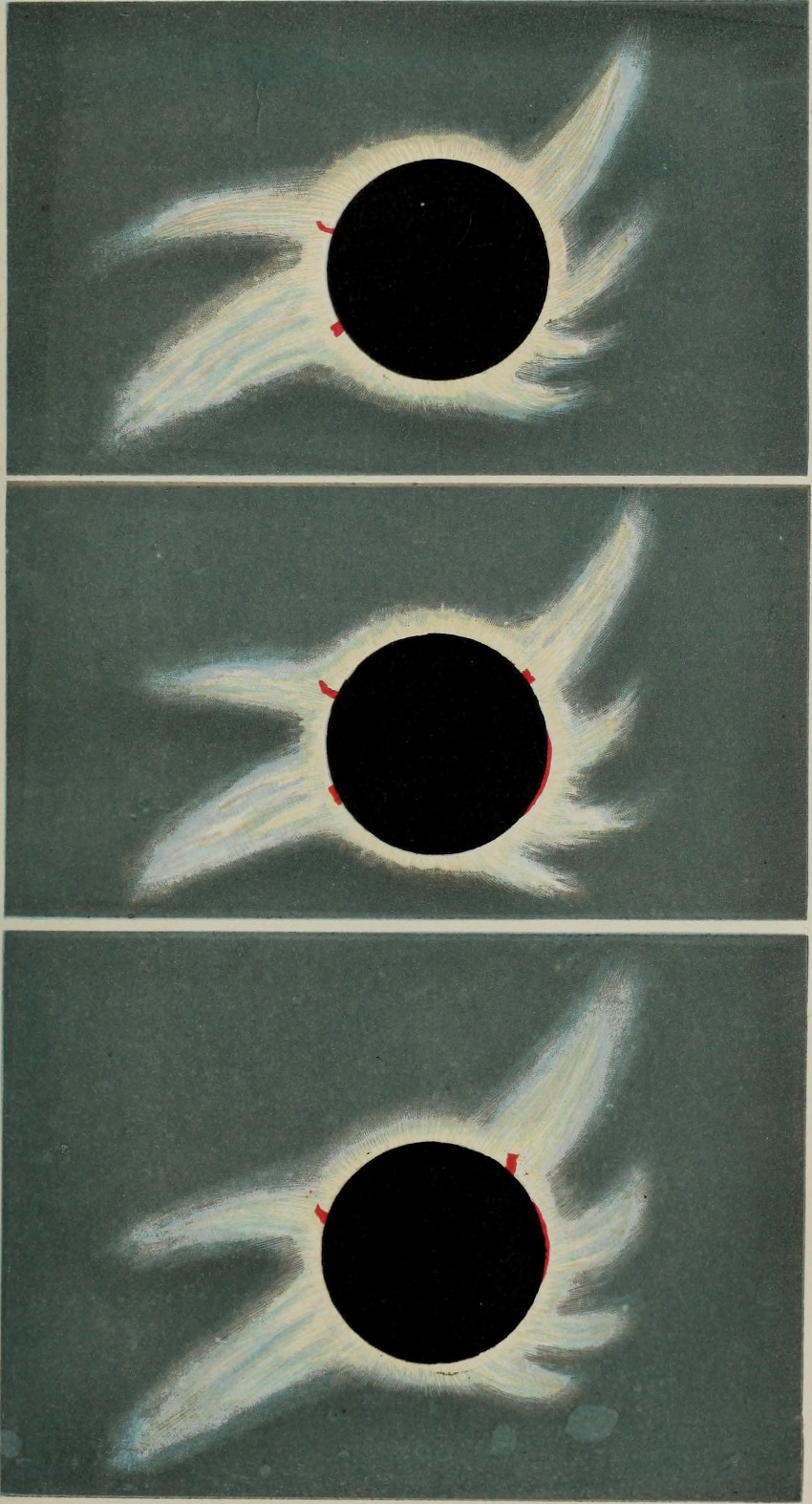