A Soviet stamp commemorates the flight of Venera 4, which parachuted through the atmosphere of Venus in October 1967. It made the first direct measurements of the atmosphere of any planet beyond Earth, determining that Venus's "air" consists mainly of carbon dioxide. It also measured high temperatures and pressures before its battery died at an altitude of about 15 miles. [Wikimedia] 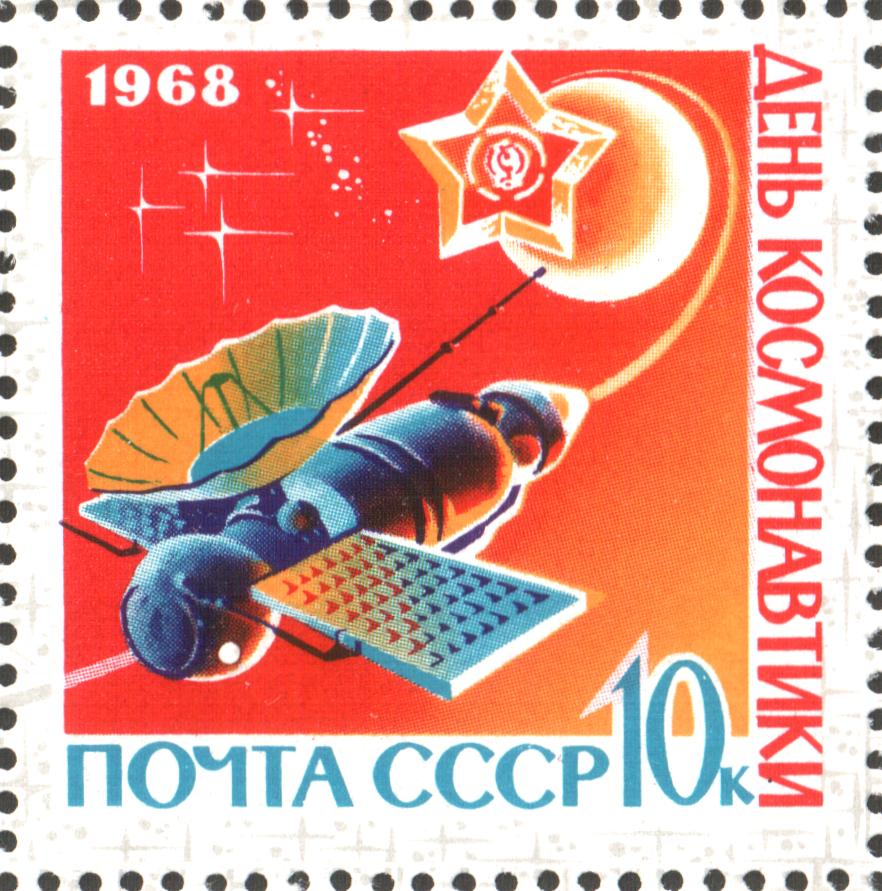