Trace Gas Orbiter looks down upon the surface of Mars in this artist's concept. The European craft is "sniffing" the Martian atmosphere for methane and other compounds. On Earth, most methane is produced by living organisms, although some comes from volcanic processes. Several observations by other spacecraft and by ground-based telescopes have detected possible methane in the atmosphere, but none could determine the original of the compound. Trace Gas Orbiter is designed to reveal both the physical location of the methane and whether it was produced by biological or geological processes.  [ESA]

Find out more in our radio program entitled
Moon and Mars 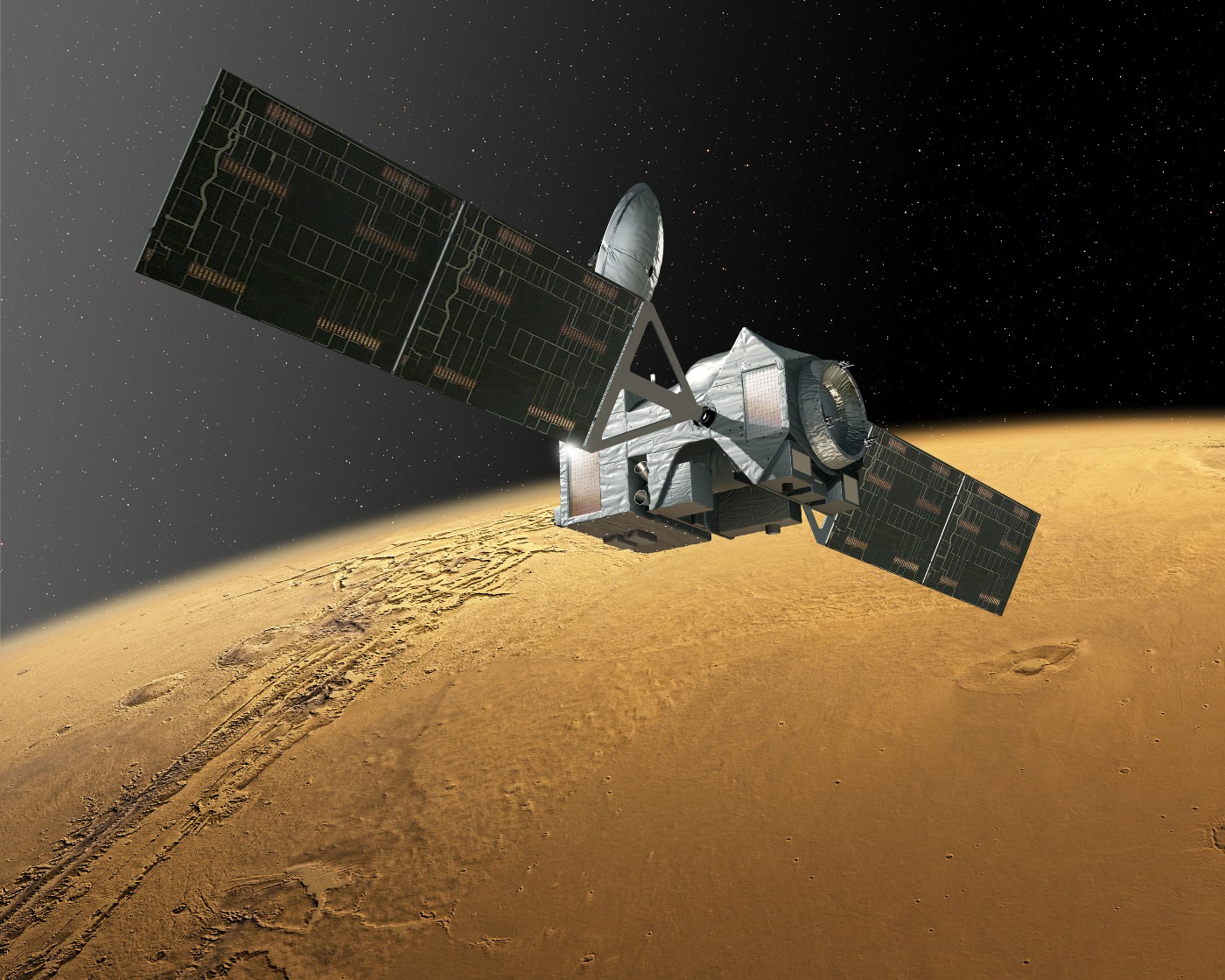