The Mars rover Curiosity snapped this selfie in February. It used a camera on its robotic arm to take several photographs, which were combined to remove the arm from view. Among other accomplishments, the rover has "sniffed" the compound methane, which can be produced by living organisms. Spacecraft in orbit have confirmed some of those detections but not others. Methane also can be produced by geological processes, so its presence on Mars doesn't necessarily indicate the presence of life. [NASA/JPL/MSSS]

Find out more in our radio program entitled
Moon and Mars 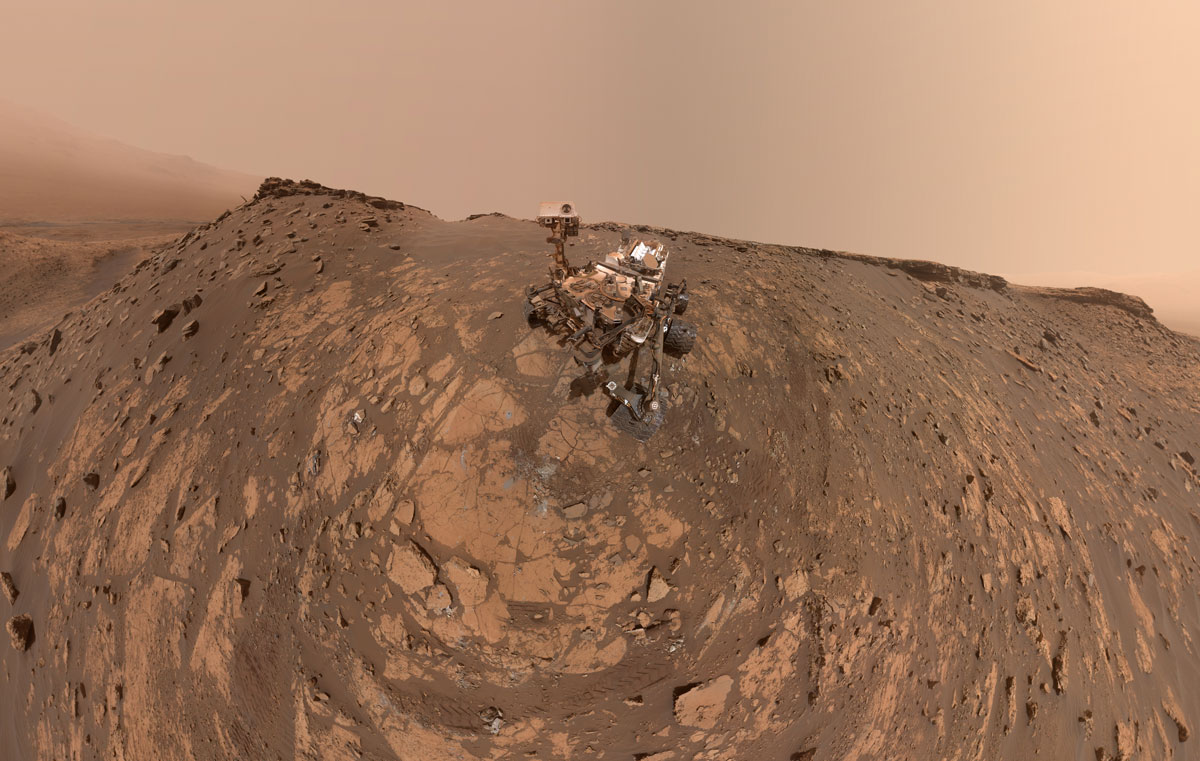