Jupiter's Great Red Spot, the largest storm in the solar system, is shrinking. At its peak it was more than twice as wide as Earth, but today it only equals Earth's diameter. In recent years, it's been spinning off scythe-shaped streamers of clouds. This image is a composite of several pictures snapped in May by Juno, which is orbiting Jupiter, with the color and contrast enhanced. The picture shows turbulent clouds bordering the spot. Planetary scientists do not yet have an explanation for why the spot is shrinking, and they don't know if it will rebound or simply vanish. [NASA/JPL/SwRI/MSSS/Kevin M. Gill] 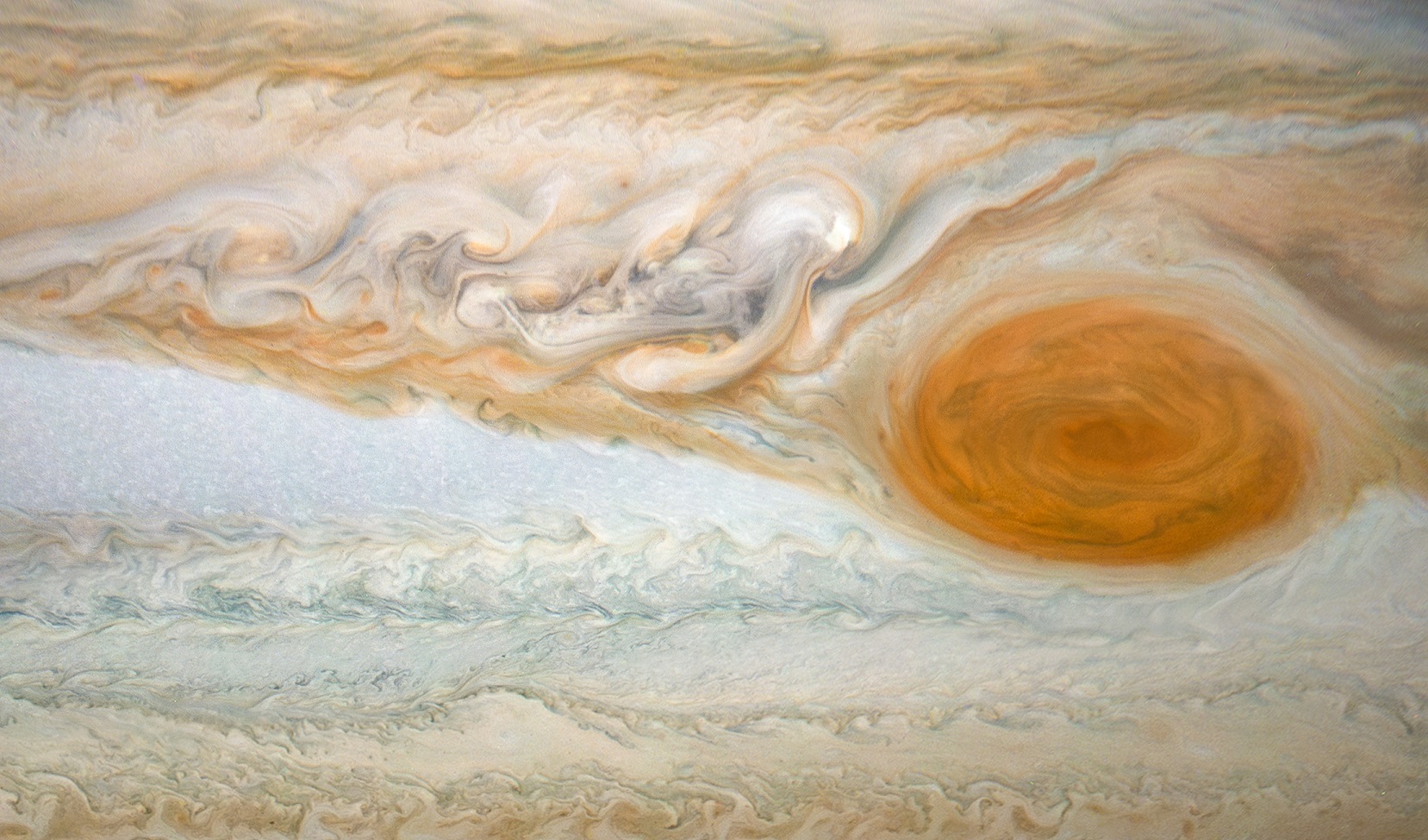