The 30 first-stage engines of the Soviet Union's N1 rocket light up for the booster's first flight on February 21, 1969. The N1 was designed to carry cosmonauts to the Moon. Leaking fuel lines and other problems doomed this inaugural flight. The engines shut down 68 seconds after launch and the booster slammed into the Kazakhstan plains two minutes later. Three other test flights all ended in failure as well, and the final two boosters were scrapped. [Russianspaceweb.com]

Find out more in our radio program entitled
Rocket to Nowhere 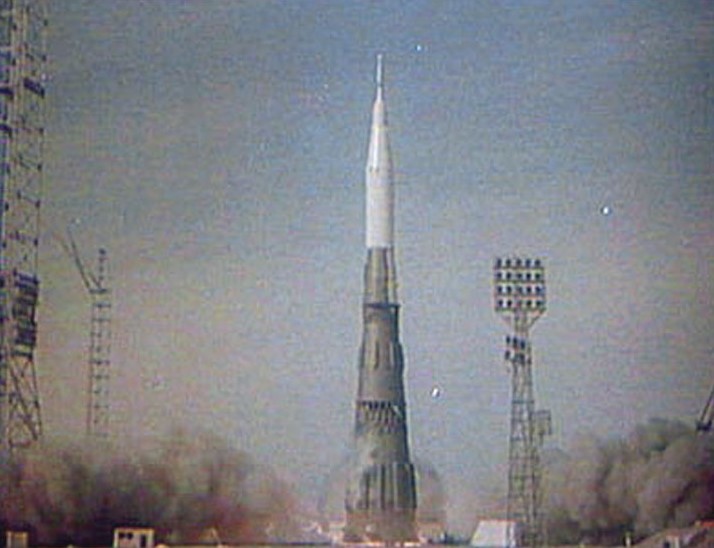