A laser beam takes aim at the Moon during a total lunar eclipse in 2014. Astronomers first bounced a laser beam off the Moon on May 9, 1962. Since 1969, they've aimed at special reflectors left on the surface by both Apollo astronauts and Soviet landers. The observations reveal the precise distance to the Moon and how that distance is changing. Scientists also use the observations to measure the Moon's interior, test theories of gravity, and more. Additional reflectors are scheduled to travel to the Moon aboard robotic probes over the next few years, greatly increasing the accuracy of the readings. [Dan Long/Apache Point Observatory]

Find out more in our radio program entitled
Moon and Regulus 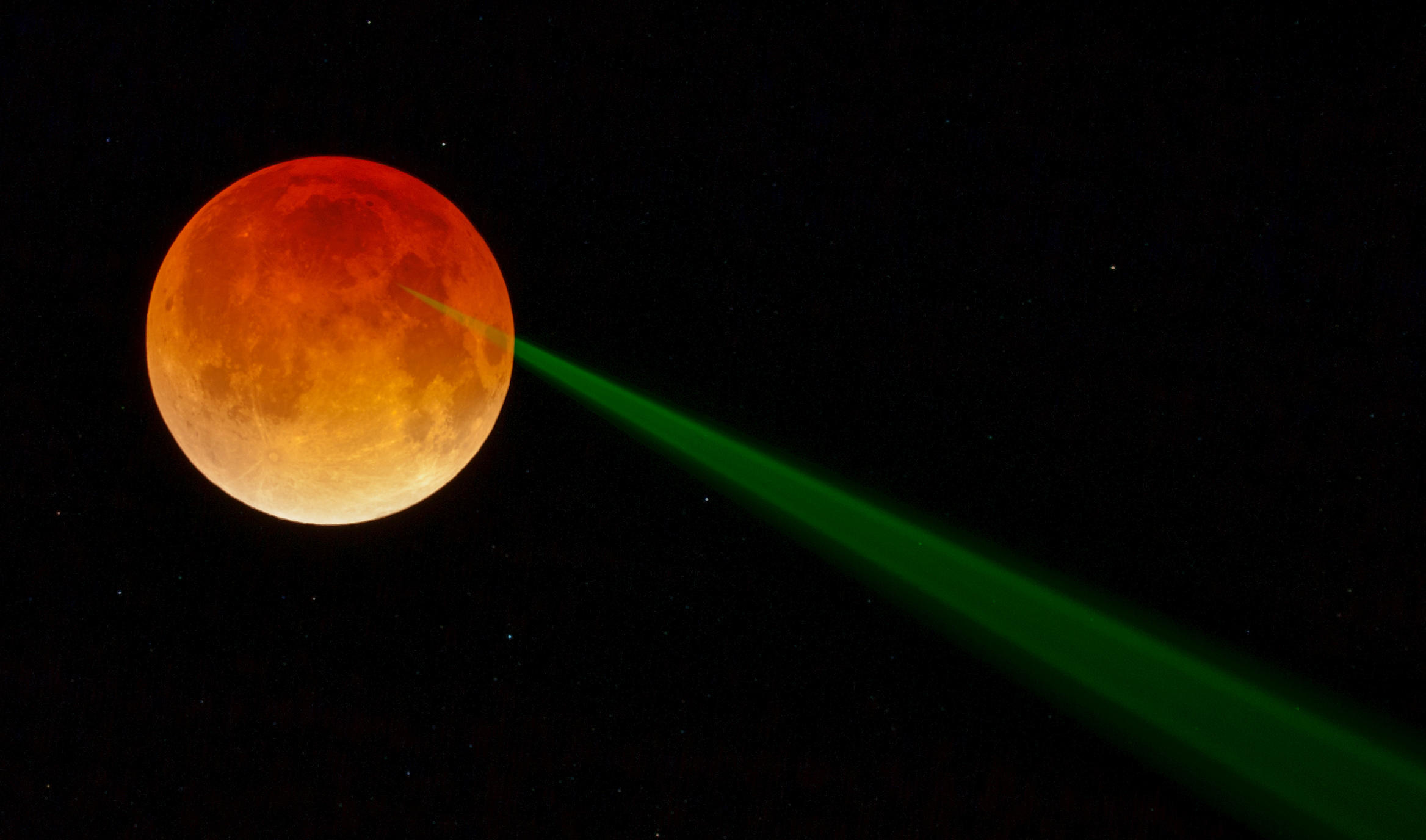