A laser beam fires from the 107-inch telescope at McDonald Observatory. Its first target was a special reflector left on the Moon by Apollo 11 astronauts Neil Armstrong and Buzz Aldrin in July 1969 (inset, near the lunar module, Eagle). The laser project was moved to a smaller telescope at McDonald in the 1980s, where it continued to ping the Moon until about a decade ago. The reflected laser beam provided a highly accurate measurement of the Earth-Moon distance. Scientists have used that information (along with measurements that continue to be made at other observatories) to probe the Moon's interior and study Albert Einstein's theory of gravity, among other applications. [McDonald Observatory; inset: NASA]

Find out more in our radio program entitled
Lunar Laser 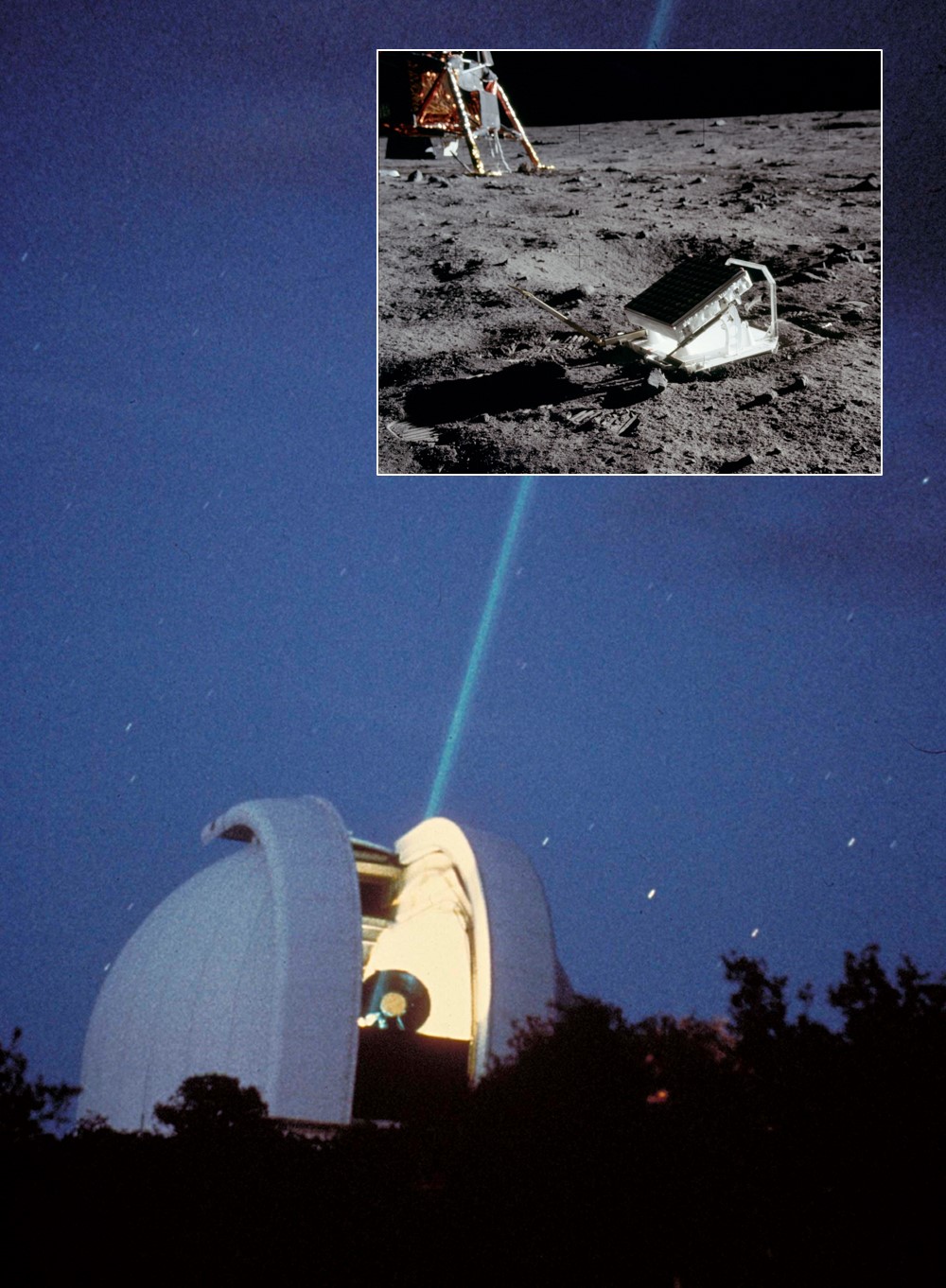