Giant volcanoes (circular white spots) highlight Tharsis Ridge, one of the most prominent regions on the surface of Mars. This image is color coded to indicate altitude; red regions are higher than blue and green. Tharsis Ridge is an especially tall region made of dense volcanic rock. A recent study says this region formed farther north, but because of its great weight, it slid toward the Martian equator, shifting the entire "skin" of the Red Planet. The most prominent volcano in the ridge, Olympus Mons, is at the upper left, on the edge of Tharsis. A series of canyons known as Valles Marineris forms a green slash that cuts through the right edge of the ridge. [NASA/JPL/MSSS] 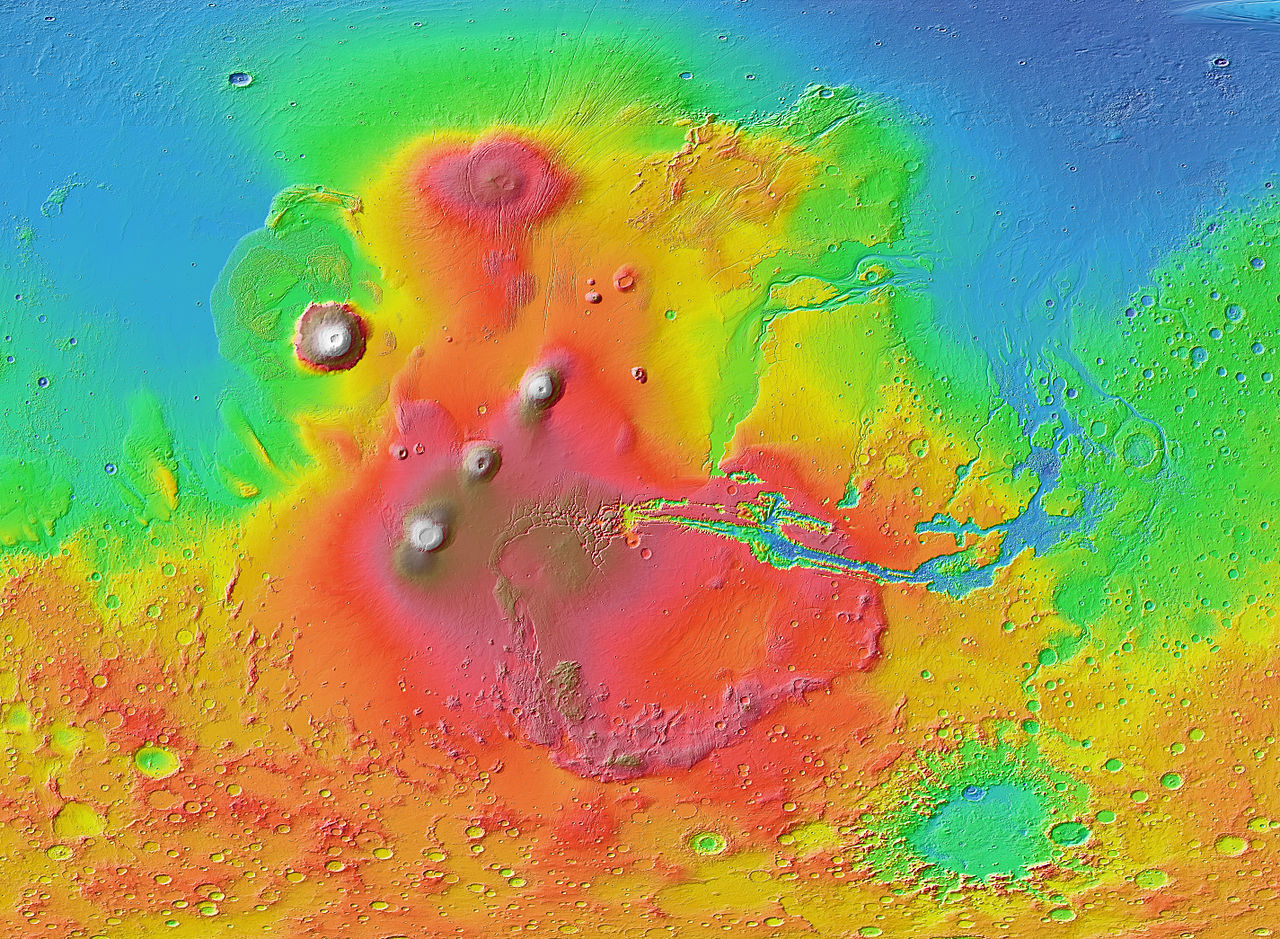