Two radio telescopes combined to produce this especially sharp view of the Moon's Tycho Crater, which was released on September 21. Each pixel is roughly 16 feet (five meters) per side, providing the sharpest view ever obtained from Earth, which is exceeded only by a few spacecraft in lunar orbit. The crater is about 53 miles (86 km) in diameter. Scientists used the Green Bank Telescope in West Virginia and several antennas of the Very Long Baseline Array, which are scattered across the northern hemisphere, to beam radio waves at the Moon, then capture their reflection. The image is part of a test that could lead to an even more powerful radar system in the future, allowing scientists to obtain sharp images of other planets, moons, and other objects. [NRAO/GBO/Raytheon/NSF/AUI] 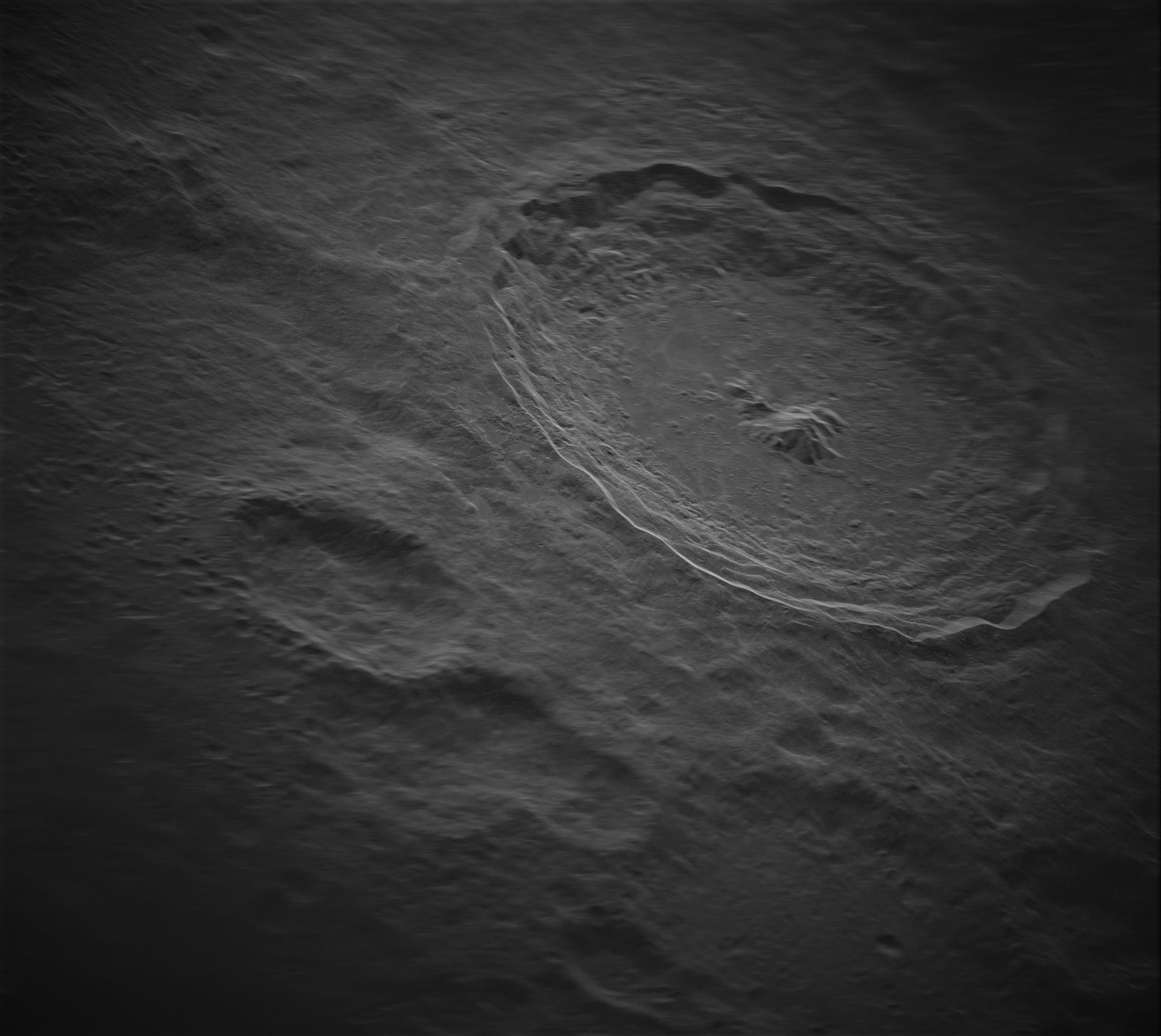