This artist's concept depicts 2020XL5, an asteroid that shares Earth's orbit around the Sun. Astronomers recently confirmed the asteroid's orbit with observations by several ground-based telescopes as well as a review of a decade's worth of astronomical images. 2020XL5 is known as a Trojan asteroid. It orbits the Sun at the same distance as Earth does, but 60 degrees away from Earth. It is held in check by the gravitational interaction of Earth and Sun. It is the second known Earth Trojan asteroid, and is the larger of the two, at a diameter of roughly three-quarters of a mile (1.2 km). The giant outer planets have more known Trojans. Jupiter, the largest planet, has at least 5,000, and a spacecraft is en route to study several of them. 2020XL5 is expected to remain an Earth Trojan for another 4,000 years, after which it will leave its current location. [NOIRLAB/NSF/AURA/J. de Silva/Spaceengine] 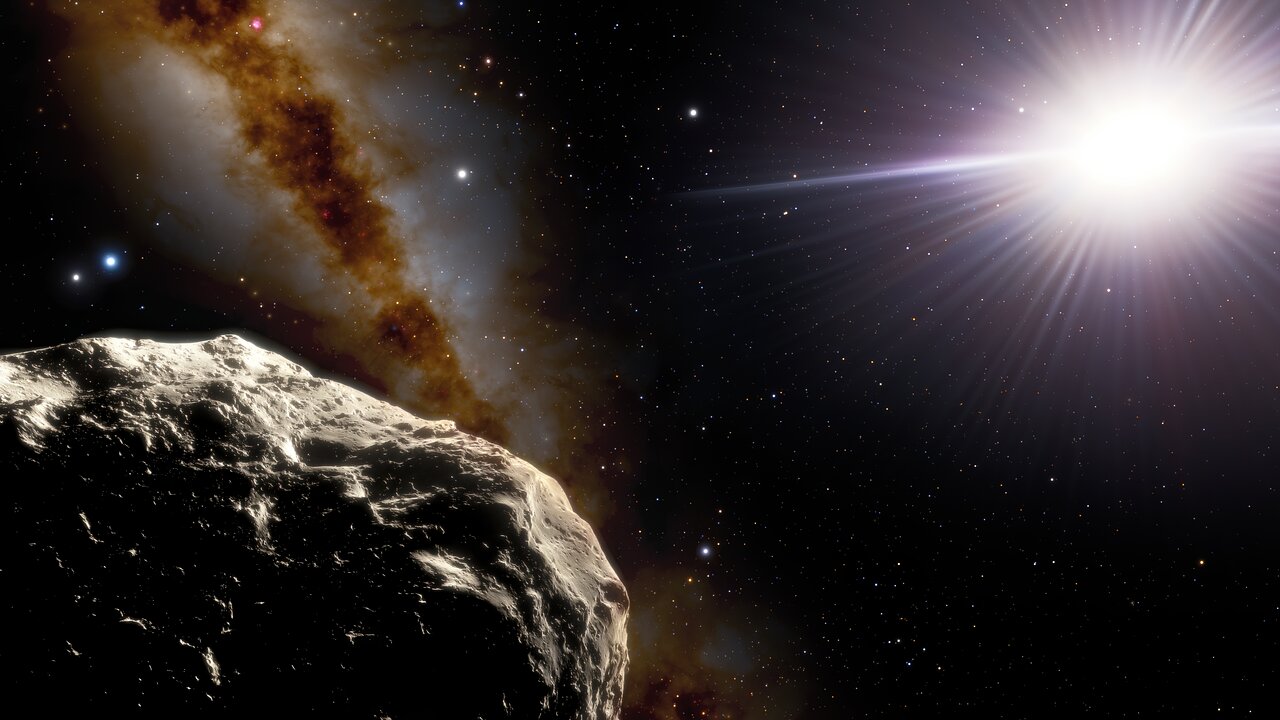