SOHO, a Sun-watching spacecraft, discovered a triple comet heading toward the Sun in early August. The comet probably was a single body that split apart as it approached the Sun. This image shows the Sun at lower left with the comets at upper right. The inset is a close-up of the trio, two of which are bright and easily visible, while the third is faint. The objects have since disappeared, and probably disintegrated under the Sun's heat. 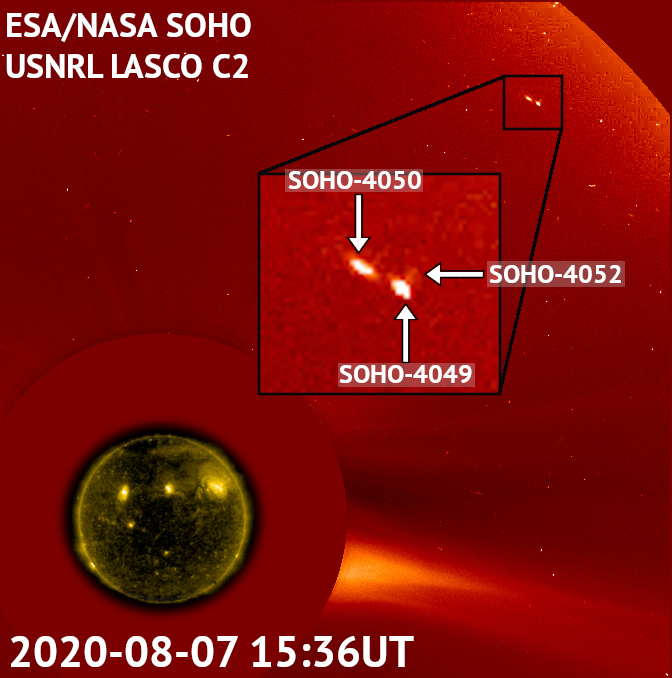