This artist's concept shows two planets orbiting PSR 1257+12, the dead core of a once-mighty star. Known as a neutron star, it is almost twice as massive as the Sun but only as wide as a city. It rotates rapidly, producing powerful beams of energy, so it is also known as pulsar. The planets (the appearance of which is hypothetical) must have formed after the original star exploded as a supernova, from debris left behind by the explosion. [NASA/JPL/Caltech/R. Hunt (SSC)]

Find out more in our radio program entitled
Second-Chance Planets 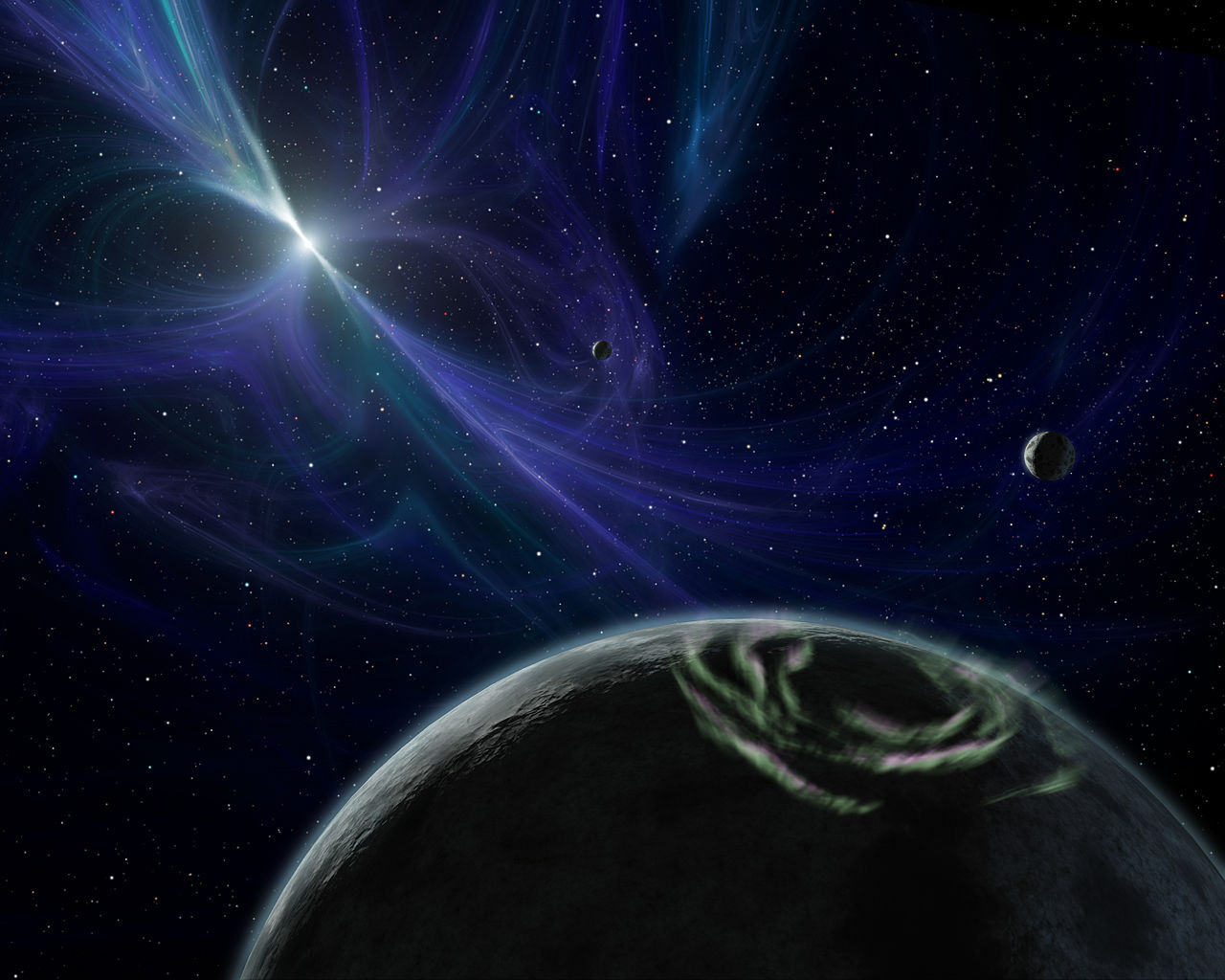