The Mariner 7 spacecraft takes aim at Mars in this composite image. The view of Mars itself was compiled from three black-and-white images snapped by Mariner 7, which flew closest to Mars on August 4, 1969. Mariner 7 arrived at Mars just five days after its twin, Mariner 6. Combined, they snapped almost 60 close-range pictures of Mars. They also measured the surface temperature and the density of the Martian atmosphere. The Mariners were only the second and third successful missions to the Red Planet. [NASA]

Find out more in our radio program entitled
Twin Mariners 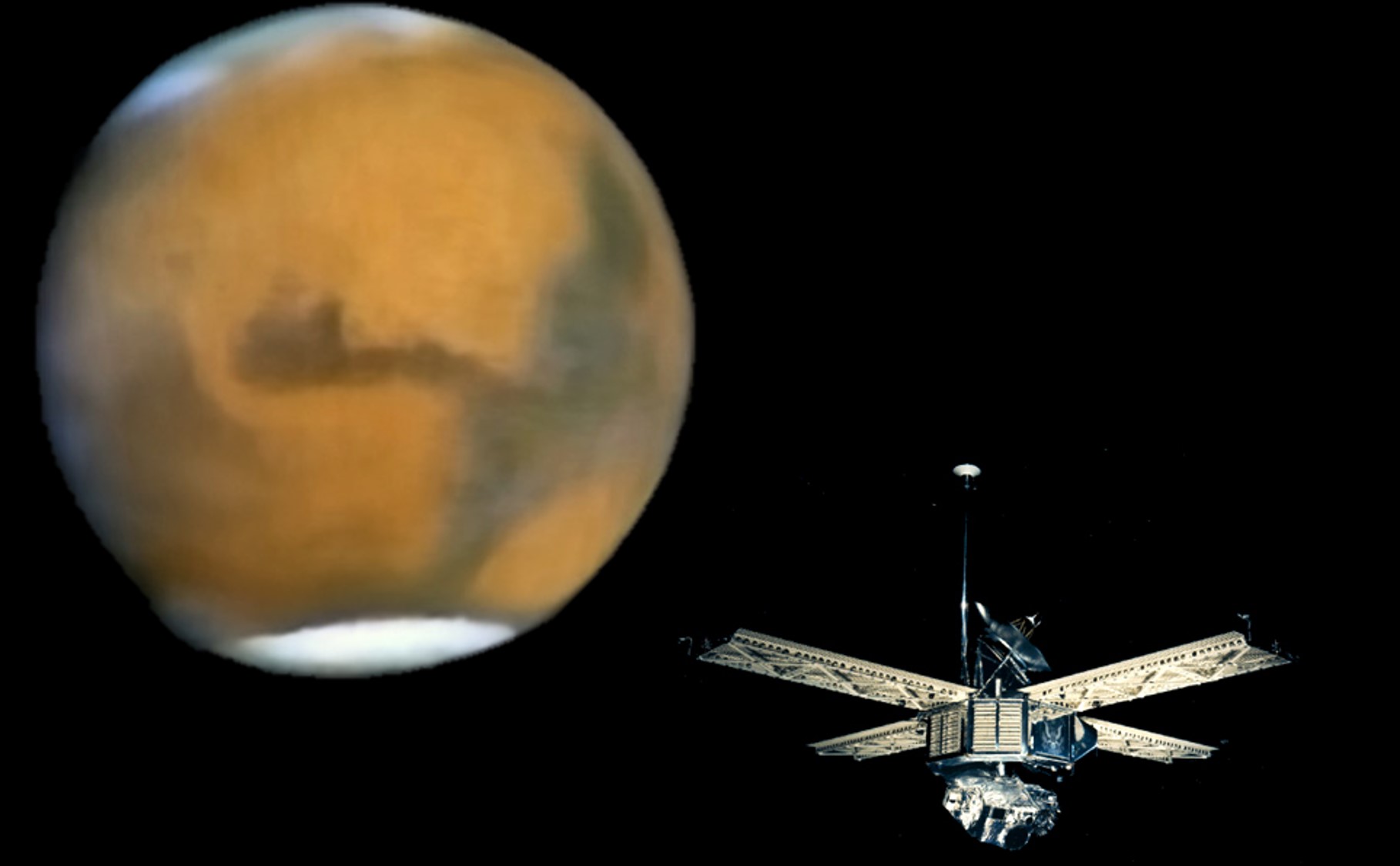