A large space rock slammed into Earth's atmosphere on February 12, 1947, creating a massive explosion and scattering many tons of iron fragments across the Sikhote-Alin Mountains of eastern Siberia. The painting at right was produced soon after the encounter by artist Pyotr Medvedev, who witnessed the event. The original rock, which probably was a chip off a larger body in the asteroid belt, weighed more than 100 tons. It broke up as it flew through the atmosphere, then exploded at a low altitude. Both its brilliant trail and the explosion were noticed as far as 200 miles (300 km) away. Scientists collected about 25 tons of material (left: a four-pound (1.7-kg) fragment) from the impact site, which is the largest haul of meteorites from any single event to date. [H.Raab/ESO (left); Pyotr Medvedev (right)] 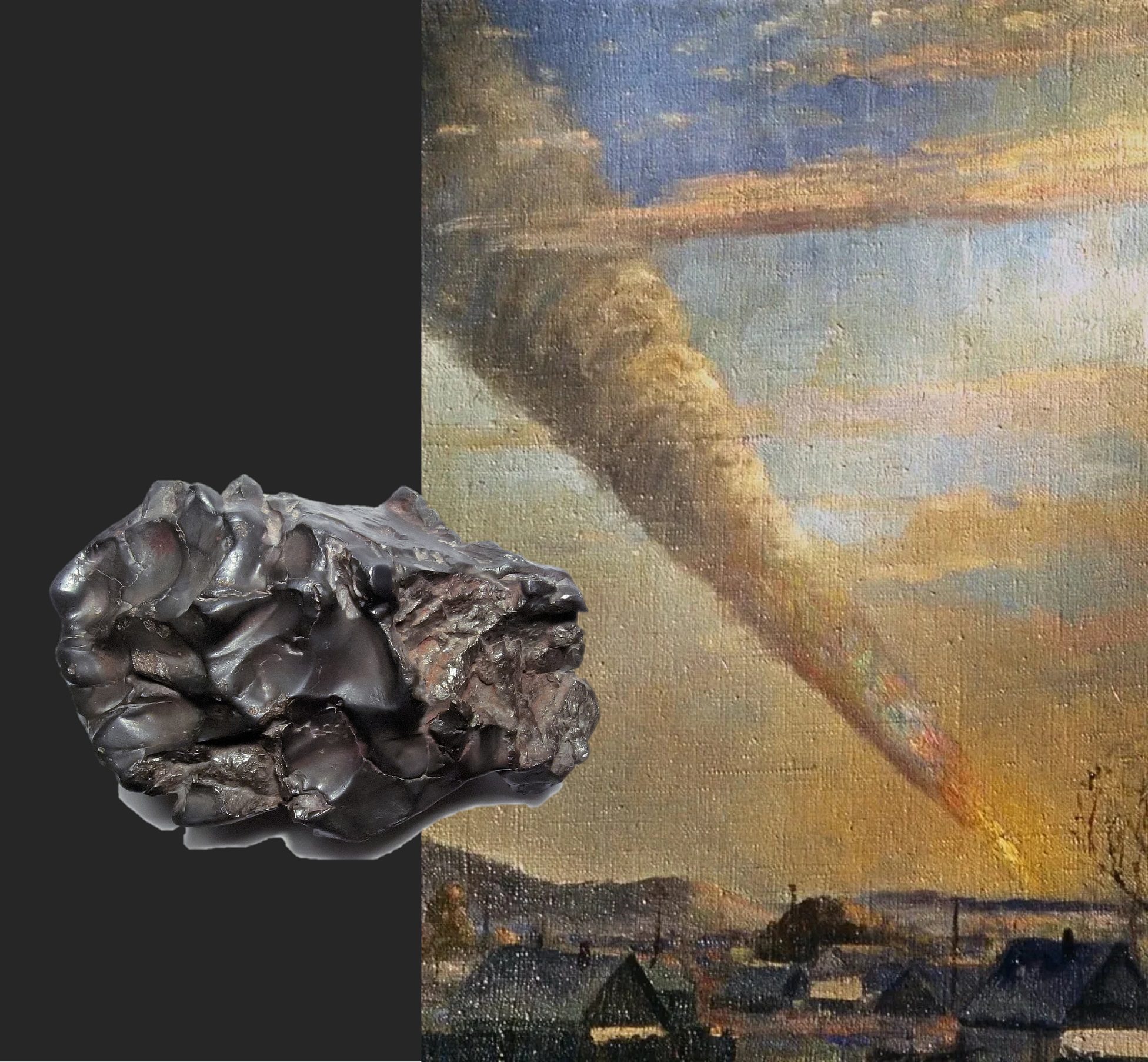