WASP-121b, a giant planet about 900 light-years from Earth, is being destroyed by its parent star, as depicted in this artist's impression. The planet is so close to the star that its atmosphere is heated to 4,600 degrees Fahrenheit (2,500 C) and is being blasted away into space. Hubble Space Telescope recently discovered magnesium and iron gas in the plume of escaping atmosphere, which is the first detection of such heavy elements in any exoplanet. The star's gravity has also distorted the planet's shape, so it's shaped a little like a football. The distortion is so great that the planet is close to being ripped apart. [NASA/ESA/J. Olmsted (STScI)] 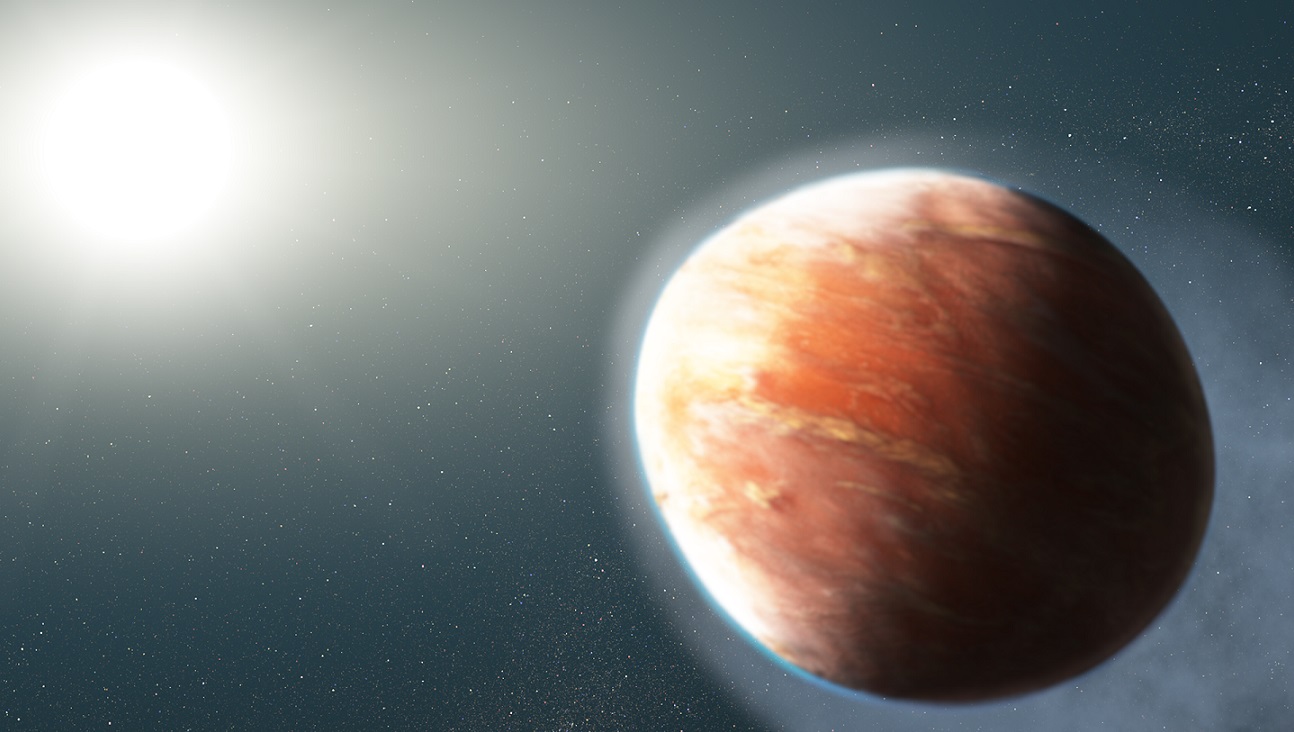