NASA will say goodbye to Spitzer Space Telescope when the craft is decommissioned on January 30. Spitzer, shown here in an artist's concept against an infrared sky, has studied the infrared universe since shortly after its launch, in August 2003. It was launched into an orbit around that Sun that has carried it farther and farther from Earth. It has reached a distance at which it is difficult and expensive to operate, NASA says, so the agency is ending Spitzer's mission. [NASA/JPL/Caltech] 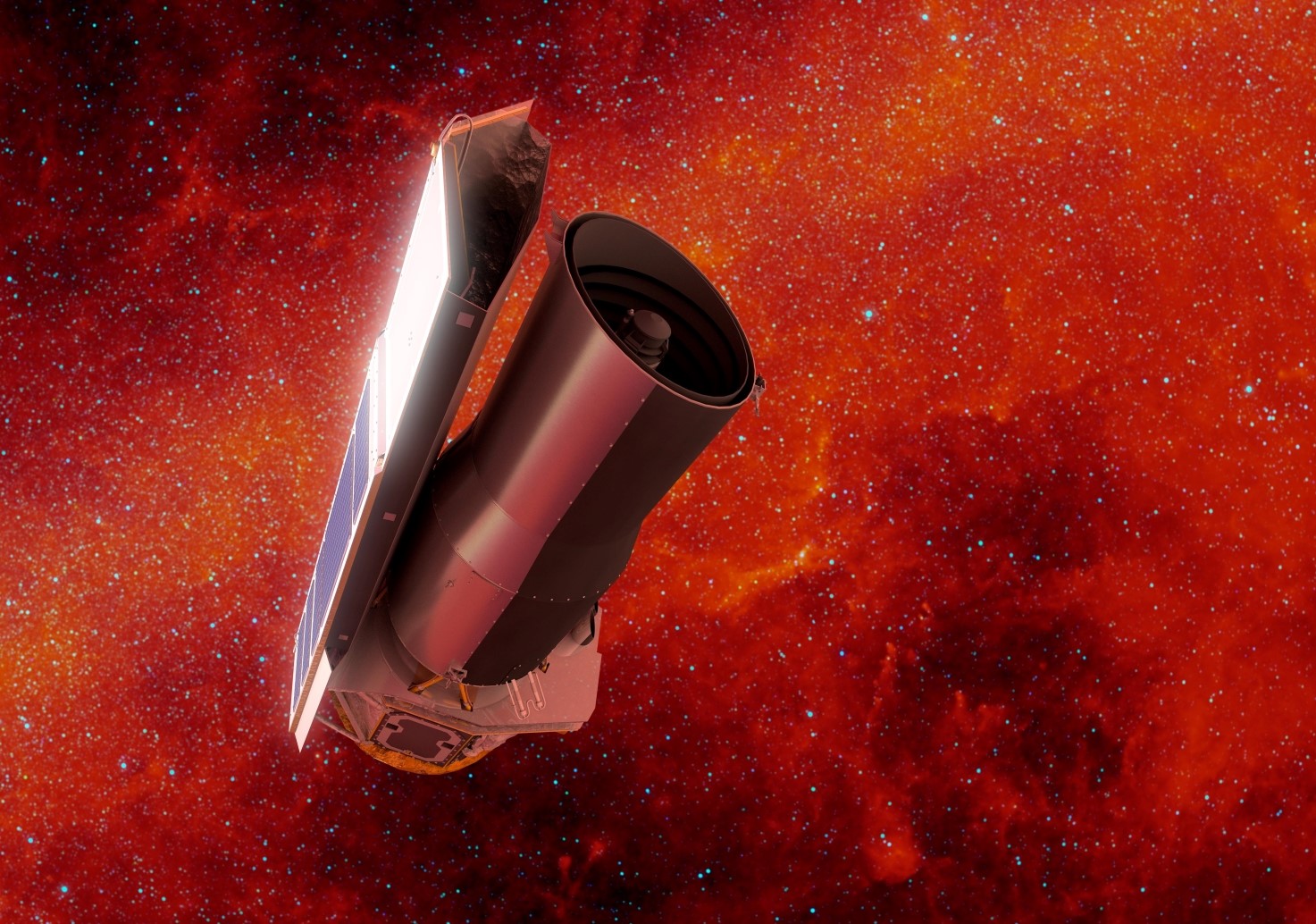