Water erupts into space from Europa, one of the bigger moons of Jupiter, in this artist's concept. A new study says that pockets of ice in the moon's crust could melt, forming salty pools. Some of the water then could erupt into space through cracks in the crust. Spacecraft have detected possible sprays of water from Europa, indicating that water is escaping from below the surface. Scientists hypothesize that a giant ocean of liquid water could lie below the icy crust. [Justice Wainwright] 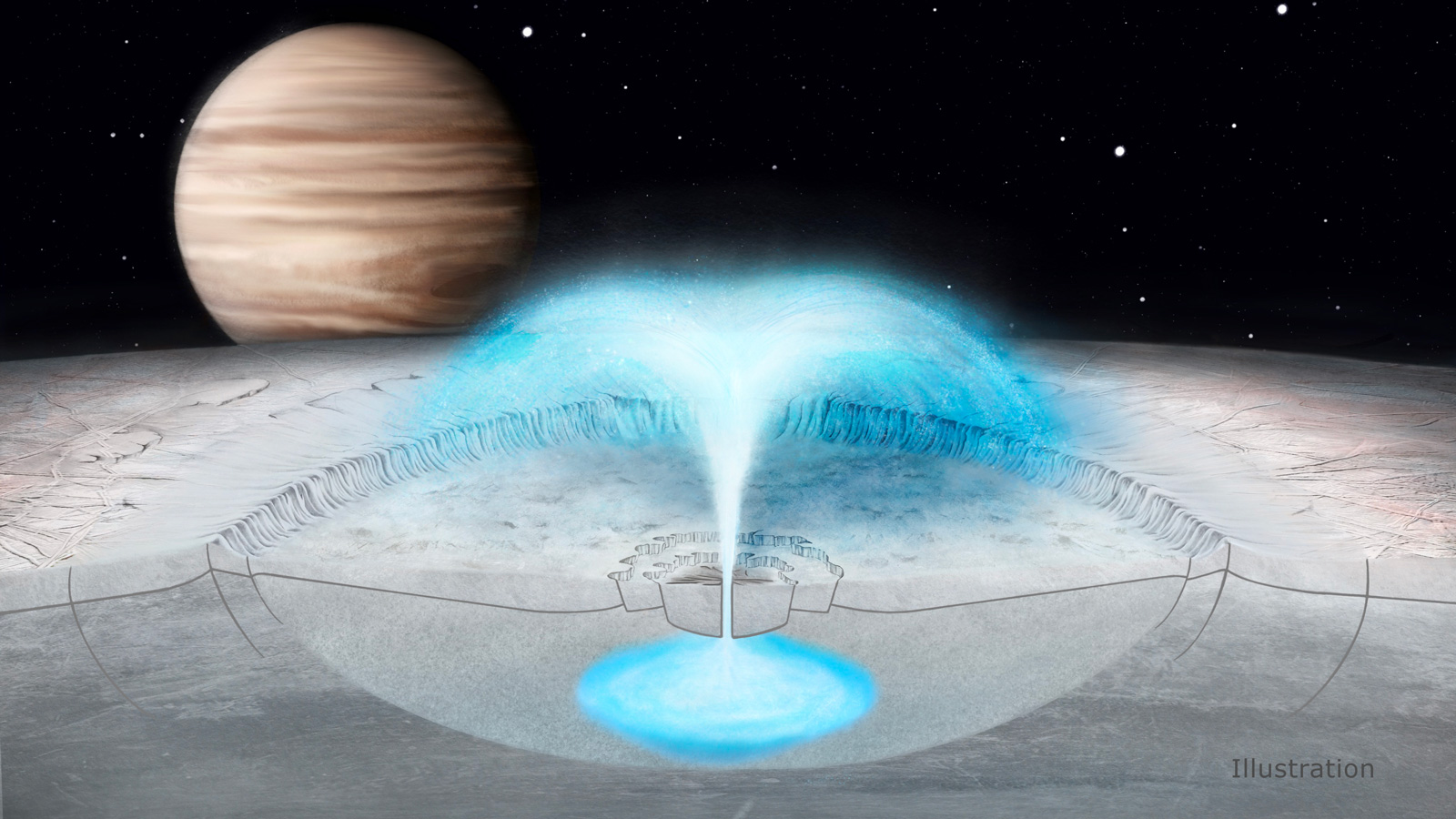