LightSail 2 is using sunlight to maneuver through space. The craft fully deployed its solar sail in late July. By early August it has raised the high point of its orbit by about 1.3 miles (2 km). Sunlight exerts pressure on the sail, which is shown here shortly after its deployment with the Sun at the center of the image. Scientists and engineers are exploring lightsails as a possible way to reach Mars and other worlds in the solar system. They're also looking at laser-powered lightsails to propel tiny craft to the Alpha Centauri star system. [The Planetary Society] 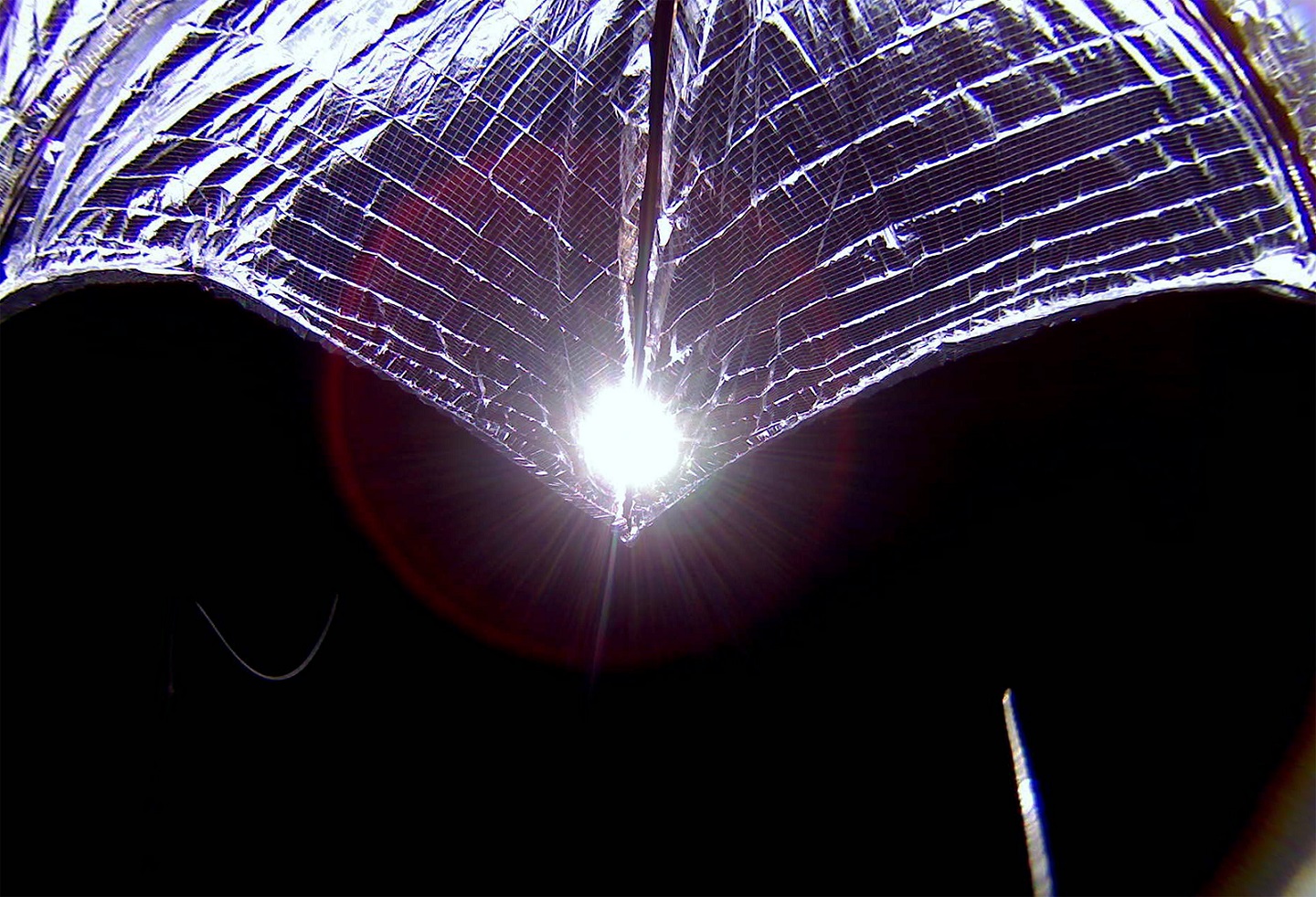